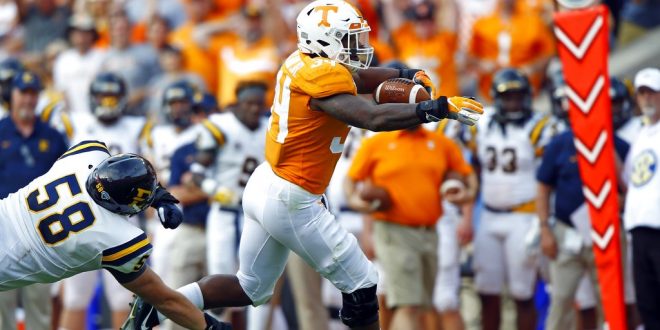 This Saturday in the SEC, the Tennessee Volunteers will be traveling to Williams-Brice Stadium in Columbia, South Carolina to take on the Gamecocks. Kickoff is set for 7:30 pm.

The Volunteers have only won in Columbia one time since 2006.

Tennessee is ranked no. 16 in the country and has high hopes for the season. Tennessee recently gave their head coach Jeremy Pruitt a two-year extension with a $400K annual raise, trusting him to take the team to new heights. The Vols last SEC Championship game appearance was 2007.

The Volunteers are coming off an 8-5 season. Tennessee finished its season on a six-game win streak. Including four consecutive SEC wins.

On the other hand, South Carolina finished their season 4-8 and on a three-game losing streak. South Carolina scored only one touchdown over its final three games.

These two teams last faced off on October 26, 2019, where Tennessee won 41-21. This win actually started the six-game win streak for Tennessee.

Tennessee has a strong core of veterans returning to the team, which helped its high preseason ranking. The Vols have one of the best offensive lines in the conference, especially with the addition of Cade Mays, a junior offensive tackle that transferred from Georgia. Tennessee also has Jarrett Guarantano returning at quarterback. He threw for 1,247 yards in the Volunteers’ six-game winning streak. Behind Guarantano, he has two returning backs in Chandler and Gray. Last season, both rushed for 500-plus yards and 100-plus carries.

South Carolina’s expectations are highlighted with new faces rather than returners. Head coach of the Gamecocks and former Gator Will Muschamp said he will be starting Collin Hill at quarterback over last year’s starter, Ryan Hilinski. Hill is a senior transfer from Colorado State.

In his three seasons at Colorado State, he threw for 3,320 yards, 23 touchdowns and 11 interceptions. His final year at CSU was shortened after tearing his ACL in an early-season loss to Arkansas. Following Hill will be Mike Bobo, a former Colorado State head football coach. South Carolina hired him as the offensive coordinator and quarterback coach. Adding Hill and Bobo to the offense should get some early chemistry going.

This is an All-SEC season so the competition should start off fierce and finish the same. Tennessee is favored, but South Carolina doesn’t plan to go down without a fight. 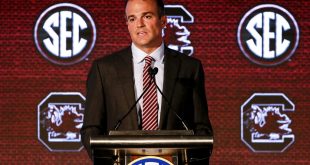 After a year-long hiatus, the 2021 SEC Media Days are back and underway at the …