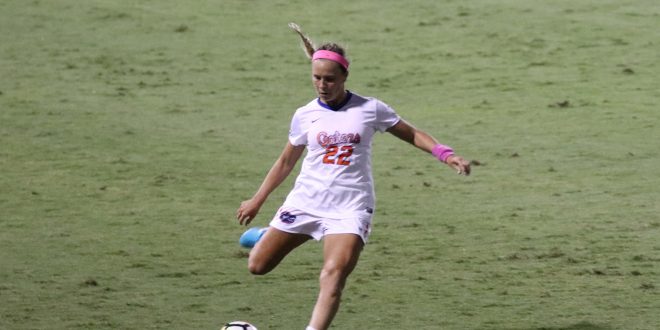 The Gators’ soccer regular season ended in defeat Sunday. The Missouri Tigers scored early and often on their way to a 5-2 victory.

Mizzou Pours it On

After an early Florida goal, Missouri responded with five straight goals to take control of the game.

Florida took an early 1-0 lead after a goal from Nicole Vernis.

Next, Florida conceded an own goal to make it 1-1. Then, Bella Alessi and Cassidy Nurnberger combined for two goals each to make it a 5-1 lead. The Gators did add a late goal from Alivia Gonzalez to close the gap, but it wasn’t enough.

Nurnberger is probably the best player on her team right now and she proved that with her play Sunday. She scored a goal off a corner kick that took an incredible amount of skill. She played the ball right off the pass that came from the corner and slipped it by the Gators’ goalkeeper to make it 5-1.

The Gators’ final regular-season record is 1-6-1. Three of the Gators’ six losses were by just one goal, and that included a 2-1 double-overtime loss to Vanderbilt.

Up Next for the Florida Soccer

Florida will need to regroup quickly as the SEC tournament is approaching. Head coach Becky Burleigh said, “As much as this one hurt, we are going to have to find a way to get past it and draw a line under it, as we have to prepare for the SEC Tournament that begins Friday.”

“It will be up to us to find our way back to a winning mentality and it will take all of us together to do it,” Burleigh said.

Florida’s first game in the SEC Tournament in Orange Beach, Alabama, will be this Friday at 9:30. 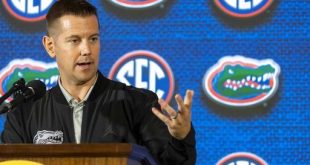