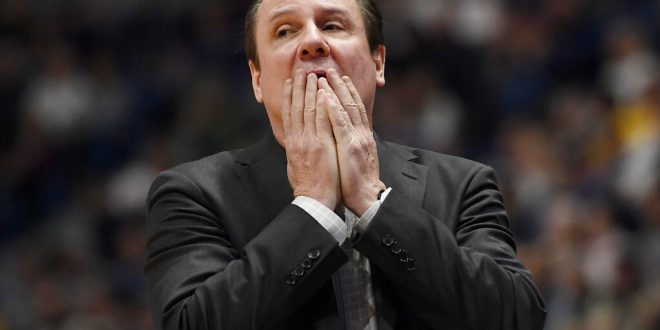 FILE - In this Jan. 12, 2020, file photo, Wichita State head coach Gregg Marshall reacts in the second half of an NCAA college basketball game against Connecticut, in Hartford, Conn. Marshall resigned Tuesday, Nov. 17, 2020, following an investigation into allegations of verbal and physical abuse, ending a tenure that soared to the Final Four and crashed on the eve of the upcoming season. (AP Photo/Jessica Hill, File)

The school and Marshall agreed to a $7.75 million settlement that will be paid out over the next six years.

Gregg Marshall has resigned from Wichita State amid an investigation into allegations he physically and verbally abused players. pic.twitter.com/leFiUwqHQD

The university began an investigation in early October. This was after The Athletic reported cases of abuse during the 2015-2016 season. Incidents reported included striking former player Shaquille Morris, putting hands around a staff member’s neck and punching a student-athlete who parked in his parking spot.

According to ESPN’s Jeff Borzello, the university was deciding between firing Marshall with cause or letting him resign with a settlement.

Furthermore, Marshall has led the Shockers since 2007. He brought them to eight NCAA Tournament appearances. Lastly, Marshall finished his career with the Shockers with a winning percentage of just over 73 percent.

What’s Next for Wichita State

Athletic director Darron Boatright came out with a statement, saying, that the student-athletes are the “primary concern.”

“While the university acknowledges the success of the basketball program under coach Marshall, this decision is in the best interest of the university, its student-athletes and the WSU community.”

Michael Hull is a sophomore at the University of Florida and is currently studying Journalism & Sports and Media.
@Michael_Hull33
Previous Preseason Look at Gators Guard Noah Locke
Next From Russia to Tennessee to Florida: Ruzhentsev is Ready 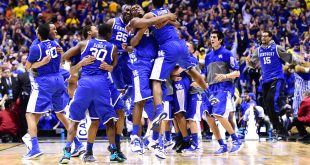 There’s a reason they call it March Madness. Every year in the NCAA tournament, there’s …