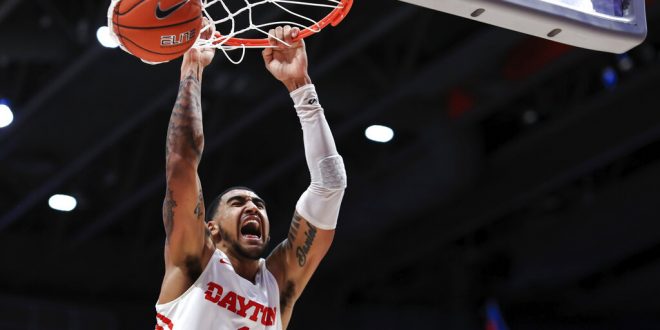 FILE - In this Feb. 22, 2020, file photo, Dayton's Obi Toppin dunks during the second half of the team's NCAA college basketball game against Duquesne in Dayton, Ohio. Toppin is a potential lottery pick in next week's NBA draft after being named The Associated Press men's college basketball player of the year last season. (AP Photo/Aaron Doster, File)

Forward Obi Toppin was thrilled on Wednesday night when he was announced as the eighth overall pick for the 2020 NBA Draft. Originally from Brooklyn, he is excited to be back on his home turf with the New York Knicks.

“Me reppin’ my city, it’s amazing. … I’m not gonna take it for granted. I promise you that.”

Obi Toppin tells @malika_andrews why he feels so blessed to be drafted by the Knicks. #NBADraft pic.twitter.com/9hQ643acT3

I am from New York, that’s why this is important. Me reppin’ my city, it’s amazing. A lot of people pray to be in this position and I am not going to take this for granted, I promise you that.

During his time as a collegiate player, Toppin led the Dayton Flyers in scoring. He averaged 14.4 points and 5.6 rebounds per game during his first year. As a freshman, he started 15 games for the Flyers. In 2018, Toppin became the first freshman since 1999 to be named to the First Team All-Atlantic 10. Toppin also received the title of Atlantic 10 Rookie of the Year.

He kicked off his sophomore season earning Atlantic 10 Player of the Week. This came after an opening season victory against Indiana State, where he finished the matchup with 29 points and 12 rebounds. During a meet up with North Florida, Toppin achieved his career high of 31 points, while also hitting a Dayton record of 10 dunks. In the conclusion of the season, Toppin earned  Atlantic 10 Conference Men’s Basketball Player of the year. He finished the season with 20 points, 7.5 rebounds, 2.2 assists and 1.2 blocks per game in the 2019-2020 season. In addition, Toppin earned National Player of the Year.

During his time in Dayton, he was playing under head coach Anthony Grant, who previously served as the Florida Gator assistant coach from 1996-2006.

Toppin is so grateful for this opportunity to be back in New York. He takes this time to shout out his teammates and coaches, who have inspired and helped him reach his goal.

Sara Dastgerdi is a current student at the University of Florida.
Previous Missouri at South Carolina, Pass versus Run Game
Next LSU Looks to Get Season Back on Track This Week Against Arkansas 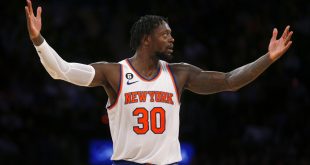 The Orlando Magic is still trying to hit its stride this season, losing 115-102 to …