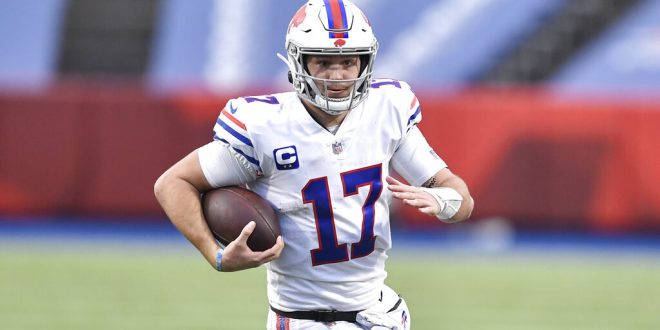 In this ever-unusual Covid-19 year, the San Francisco 49ers (5-6) find themselves without a home. The city of Santa Clara, the home of the 49ers’ stadium and practice facility, has prohibited contact sports for the next three weeks. Thus, the Niners can not practice or play at Levi’s Stadium. Earlier this week, San Francisco reached an agreement with the Arizona Cardinals for their home State Farm Stadium to act as a Niners’ temporary place to play for the next few weeks.

A Pair of Young Quarterbacks Square Off

San Francisco will be starting backup quarterback Nick Mullens (25) tonight, as starter Jimmy Garoppolo remains sidelined with a high ankle sprain. Mullens, a fourth year player from Southern Mississippi, will make his fourth consecutive start and sixth this season. Mullens is 5-8 as a starter in his career, and 2-3 starting games this season. Last week, in the Niners’ stunning victory over the Los Angeles Rams, Mullens threw for 252 yards, no touchdowns, and an interception. It was the defense that shined last week, and they have a tall task tonight.

For the Buffalo Bills (8-3), there’s no question on who their signal caller is. A third year player from Wyoming, Josh Allen (24) has started every game for Buffalo this season. Allen ranks top-ten in yardage with just over 3,000 yards passing and has led his team to a 8-3 record. Allen has taken a significant step forward this season in an offense that is much improved. In 2019, Buffalo’s pass offense ranked 27th in yards per game average. This season, the unit ranks eighth.

Much of the increased success, is thanks to the addition of star receiver Stefon Diggs. Diggs ranks eighth in receiving yards (945) and fifth in receptions (80). Buffalo traded a first round pick for Diggs this offseason, and the move has undeniably paid dividends. As the team continues to progress offensively, Josh Allen understands the importance of keeping the foot on the gas. At this point last season, Buffalo had the same 8-3 record, but the team lost three of they’re last four games, finishing 10-6. Keeping last season in mind, Allen says the team wants to finish stronger down the stretch this year.

Sherman is set to matchup with Diggs, in what should be an intriguing battle.

The leadership and scheme of defensive coordinator Robert Saleh is primary reason why San Francisco’s defense has been so stout. Thus far this season, the Niners have lost stars Nick Bosa, Dee Ford, Ezekiel Ansah, and Solomon Thomas for the season due to injuries. Despite all these starters lost, Saleh’s ‘next man up’ mentality has his defense playing extremely well. Bills’ head coach Sean McDermott has taken notice, saying Saleh always has his players in position.

With both teams playing their best football right now, tonight’s game should be an excellent matchup. Despite the two-game difference in their respective records, these teams are very evenly matched and tonight should be close. Here’s a look at each team’s keys to victory.

Last week, a key offensive piece returned to the lineup in star running back Raheem Mostert. Last season, Mostert totaled 772 rushing yards and 8 touchdowns, but really came alive in the playoffs. In San Francisco’s three playoff games in 2019, Mostert had 336 yards and five touchdowns, highlighted by a 220-yard four-touchdown performance in the NFC Championship game. If the Niners’ want to make a run to the playoffs, they must play through the run game and Raheem Mostert. This will make life easier for Mullens and keep Josh Allen off the field.

Through 11 games this season, Josh Allen’s play-making ability and arm strength has been on full display. San Francisco can’t allow Allen to get cooking downfield. If they can apply the pressure, keep Josh Allen penned in, and limit the big plays, they have a real chance to shut down the Bill’s one-dimensional offense.

Over the last two weeks Allen has three interceptions, including two in the fourth quarter that almost cost his team the game. The yardage will come for Allen, but he needs to avoid the major mistake and finish off drives. With eight interceptions in total this season, Josh Allen has been careless with the football at times. With Sherman in coverage against Diggs, Allen will likely look towards the short passing game. Expect to see a lot of targets to running backs Zach Moss and Devin Singletary and slot receiver Cole Beasley.

Defense: Bring the Heat on Mullens

It’s no secret that the 49ers want to run the football. To combat this, Buffalo will likely load the box, bringing in more defenders closer to the line of scrimmage on first and second downs. Third downs will be key for both teams. On this pivotal down, the Bills, who don’t Blitz a ton, might bring a few extra defenders. Applying the pressure on an experienced quarterback like Mullens can lead to sacks and turnovers, which will give more opportunities to Allen and the Bills offense to put points on the board.

Audio of Courtesy of ABC Newscall

Will Levenson is a Journalism and Sports Media major at UF. He produces daily shows for WRUF, including "Sport Scene with Steve Russell," "Harp on Sports," and "The Tailgate." In addition, Will provides weekly sports updates for WUFT News and radio Sportscenters for WRUF radio. Will has been a writer at ESPN Gainesville since September 2019.
@BigWillLevenson
Previous Russell Westbrook talks Wizards’ trade
Next Mullen, Gators looking ahead ‘one game at a time’