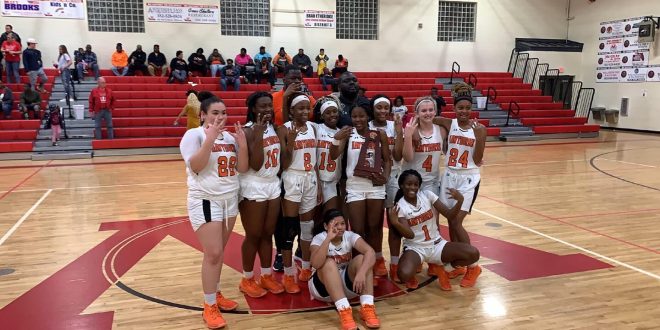 Both Branford and Trenton are teams that rely heavily on the offensive output of their leaders.  For the Buccaneers, the vast majority of their scoring comes from seniors Cera McElreath and Kayla Desmartin.  Respectively, the two average 18.9 and 13.2 points per game.  Considering the team averages only averages 54.5 points, the aforementioned seniors account for over half of the teams scoring.  If the Wildcats are able to slow the explosive duo, the Buccaneers could be in for a long night.

Along with Branford, Trenton has a plenty of their own star power.  Most notably, senior forward Samarie McHenry averages 15.1 points and 10.5 rebounds per game.  While her teammates contribute plenty of scoring, McHenry’s ability to rebound is essential to the Tigers ability to limit second chances points.

When discussing what he likes most about his team, Trenton head coach Bryant Frye mentioned the growth many of his leaders have shown.  Two years ago, the Tigers won the state championship.  Last year, many of their star playing left and as a result, the team struggled as many new faces were forced to step up.  Now, those new faces have become leaders and as a result, the team has returned to elite form.

The Hawthorne Hornets and Wildwood Wildcats feature two very different offensive systems.  Primarily, Hawthorne focuses on utilizing the size their forwards.  Forwards Mya McGraw and Jaz’lyn Jackson create a matchup nightmare.  As a result, Hawthorne loves to feed the ball into the paint.  On the season, the Hornets have attempted 657 two-point attempts and only 186 three-point attempts.  That said, the team often goes cold from deep.

Hornets coach Cornelius Ingram is aware of the teams occasional three-point deficiencies. When discussing where the team can improve, he mentioned that they struggle to consistently shoot well from the perimeter.

If the Hornets hope to emerge victorious Tuesday night, their outside shooting will be essential.

Wednesday nights regional semifinal between the Buchholz Bobcats and Navaree Raiders will likely boil down to the rebounding battle.  Largely, the two have vastly different rebounding styles.  For the Bobcats, the majority of their rebounds are spread throughout the team.  Specifically, not a single player averages six or more rebounds.

Contrarily, the Raiders get the bulk of their rebounds from a few key sources. Juniors Rachel Legget and Micheala Vollmer average a crucial 11.0 rebounds 7.6 rebounds.

If Buchholz deviates from the fundamentals and doesn’t box out, the Raiders will dominate both the offensive and defensive glass.

William Silverman is a junior at the University of Florida from Philadelphia who is interested in pursuing a career in business, communications and journalism.
Previous UCF Hires Gus Malzahn To $11.5 Million Deal
Next Dan Mullen Talks Florida Football Spring Practice