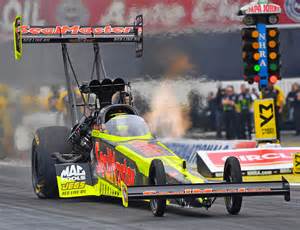 March isn’t only for college basketball, but for hot rods and drag racing. The exciting spectacle of the 2021 Amalie Motor Oil NHRA Gatornationals came to a close this weekend in Gainesville. This was the first time in NHRA’s 70-year history, that the season opened at Gainesville Raceway.

This event had some new winners, some repeaters and a lot of excitement. Let’s get right into it!

Josh Hart, an Ocala native, showed up to defend and conquer his home track in his Top Fuel debut. Hart become the first rookie driver to win their debut race in Top Fuel since Darrell Russell in 2001.

Hart is a two-time U.S. Nationals Top Alcohol Dragster champion but this accomplishment takes the cake. Josh defeated Shawn Langdon with an ET of 3.826. An impressive win over Langdon who has 23 career wins under his belt, won the U.S. Nationals and also went to the semifinals in Dallas during the abbreviated 2020 season. Shawn finished this race with an ET of 4.244, after finishing sub-3.900 in the first three events.

Following the win, Hart had this to say,

“Never in a million years would I have thought this was going to happen… I’ve wanted to do this for a very long time. Ron [Douglas, crew chief] gave me an amazing car. It was a monster going down the track.”

Both drivers smoked the tires at the hit of the throttle, but Todd was able to recover more quickly. This explains why both racers had elapsed times of more than five seconds. J.R., winner of the 2018 NHRA Funny Car champion, won his 19th career nitro title today and his first victory at Gainesville Raceway.

Todd is humble in his winning and appreciative of Hight, who has 51 career wins.

No offense to anyone else in Funny Car, but Robert Hight is the best out here,” Todd said. “That team sets the benchmark for the rest of us.”

Even though it was earned, not given, this birthday present for Greg Anderson is still something to smile about. In the Pro Stock final, Greg Anderson beat Troy Coughlin Jr. by a time of 6.602 to 15.385. Coughlin shook the tires off the starting line and had to lift off the throttle, explaining the large ET difference.

“Thanks to everyone who works on this great race team … We came here with Race Star Wheels on the car this weekend and I think they made the car faster. This is a match made in heaven. Finally, it’s great to get back to victory lane in Gainesville,” Anderson said.

And for the runner-up, Troy Coughlin Jr., his competitive racing days are far from over. Coughlin has already won in the Super Comp, Super Gas, and Top Alcohol Dragster. On the day, all his races prior to the Pro Stock final were under 6.7 seconds ET. 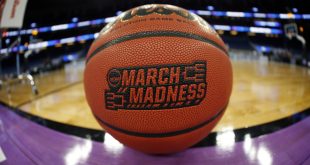 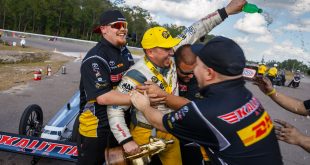