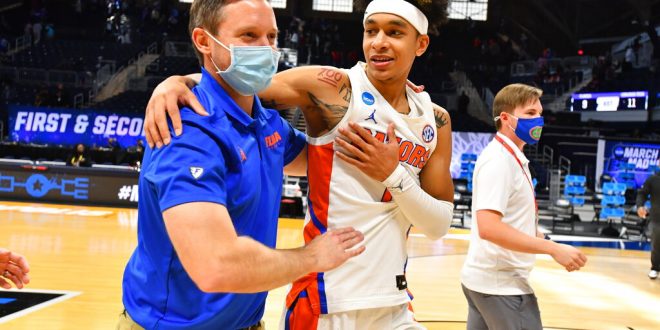 After a breakout season, Tre Mann will forgo the remainder of his college eligibility and enter the 2021 NBA Draft.

ESPN has Mann listed as the No. 15 pick in this year’s draft. According to an interview Mann did with ESPN’s Jonothan Givony, Mann has decided it is time to test the NBA waters and will hire an agent.

The 2020-21 season proved just how hard Mann had worked during the off-season. He led the team in scoring 16.0 points per game and also finished second on the team in rebounding at 5.6 boards per contest, making his departure a hard role to fill. He also shot for 40% from beyond the arc and earned All-Southeastern Conference honors.

Mann boosted his draft position even more with his performance in the SEC Tournament and NCAA Tournament. He averaged 21 points per game for the month of March.

The 6-foot-5 guard is considered one of the best ball handlers and shot creators in the draft class.

“I think that NBA teams were able to see my ability to play on and off the ball as well as my improved stats across the board,” Mann said. “I was able to showcase my leadership skills, efficiency shooting the ball, defensive versatility and ability to rebound.”

Mann was a Gainesville native and attended The Villages Charter School. He left high school as a five-star recruit and McDonald’s All American in the Class of 2019. As a freshman, he averaged 5.3 points and 1.9 rebounds in 29 appearances.

Back to the Transfer Portal

Mann might not be the only position the Gators have to fill either. Keyontae Johnson’s medical status for next season is still unclear and could impact his ability to return. And the Gators could be active in the transfer portal again to fill the roles.

However, Mann’s shoes will still be hard to fill next season for the Gators. 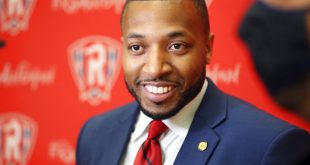