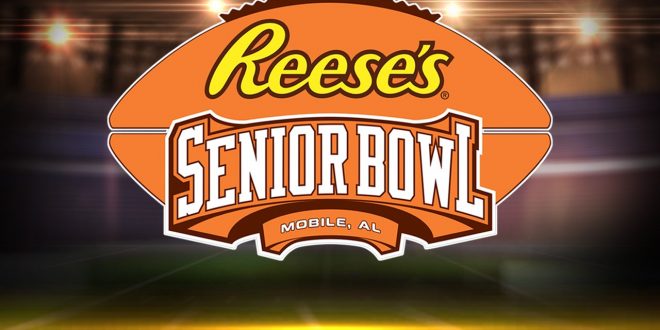 The Senior Bowl released their 2021 Hall of Fame Class, and it featured former Gator Fred Taylor. The running back spent four years in Gainesville before a strong NFL career.

Fred Taylor spent four years at the University of Florida. The running back finished his college career as one of the best running backs in Florida history. Taylor will be among five inductees into the Reese’s Senior Bowl Hall of Fame.

Over his four years in Gainesville, Fred Taylor became the heir to the running back throne created by Emmitt Smith.

Taylor played in 38 games, and seemingly improved every year based on his average output. Over his time, Taylor amassed over 3,000 rushing yards on 537 carries. His average yards per rush was 5.7 for his career, but was a whole six yards per carry in his final two years.

Taylor acted as a great ambassador for the Gators both in his college and professional career. In 1996, Fred Taylor earned 750 total yards and five touchdowns, aiding the Gators to their first National Championship in school history.

Taylor’s senior season was by far his most productive. As a captain, the running back collected 1,530 yards of total offense, dominated by 1,292 rushing yards. He also punched in 13 touchdowns en route to a 10-2 season where the Gators finished No. 4 in the country.

Fred Taylor had such a remarkable senior season that the Jacksonville Jaguars took the Belle Glade native with the ninth overall selection in the 1998 NFL Draft. Fred Taylor spent 11 years in Jacksonville, before a two-year stint with the New England Patriots to end his career.

Over his time in the pros, Taylor made one Pro Bowl appearance, but was inducted into Jacksonville’s Pride of the Jaguars.

Only a certain amount of players have the opportunity to play, and usually these players go on to have great NFL Careers.

Fred Taylor is no exception. He spoke about his inclusion into the Senior Bowl Hall of Fame.

Taylor joins Ole Miss’s Patrick Surtain, Central Michigan’s Joe Staley, Miami’s Reggie Wayne and California’s Cameron Jordan. The NFL Honors are easily recognizable based solely off the names on the induction list. Cameron Jordan is a six-time Pro Bowler and was First-Team All-Pro in 2017 as a defensive lineman. Reggie Wayne earned similar accolades in his lengthy career with the Indianapolis Colts.

Taylor’s inclusion with these names speaks volumes of his significance during his time at Florida.

Now, the Senior Bowl immortalizes Taylor’s performance at Florida and eventually in the NFL.

Originally from Seminole in the Tampa Bay area, Kyle is a contributor for ESPN Gainesville as well as local NPR and PBS affiliate WUFT. Kyle wants to get into sports with a lofty dream of being a sports broadcaster. He was raised playing soccer and baseball while watching hockey and football, so the knowledge about various sports is fairly extensive.
@KyleFanslerUF
Previous Florida Gator Marco Wilson Shines at Gators Pro Day
Next Lightning vs Blue Jackets Preview