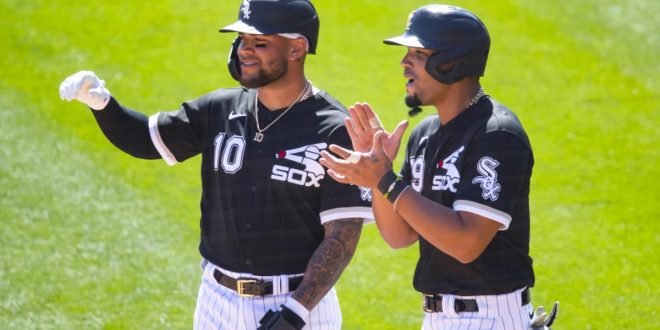 Less than 2 months into the 2019 MLB season the Chicago White Sox announced pitcher Carlos Rodon would be out the remainder of the year. The organization announced that the talented left-hander would have to undergo Tommy-John surgery. Baseball fans around the world know how incredibly difficult it is for a pitcher to make it to the MLB. Rodon made the decision to not let his situation define him. Rodon vowed to himself, his team, and his fans that he would be back better than ever.

In the COVID-19 driven 2020 baseball season Rodon appeared in four games, compiling an 0-2 record with an 8.22 ERA. The disappointing showings led to Rodon being nontendered by the White Sox in December of that year. At a crossroads in his career, Rodon refused to take the easy-road, and continued working to get back to his former self.

On January 30, 2021 Rodon re-signed with the Chicago White Sox on a one-year, $3 million contract. Two starts into the 2021 MLB season, Rodon has accumulated a 2-0 record with 0.00 ERA in 14 innings pitched. The most impressive aspect of that coming Wednesday night when Rodon threw 9 perfect innings, and finished with a no-hitter, after a 9th inning hit by pitch to Roberto Perez. After the game Rodon spoke to the media about what the moment meant to him and his team.

Carlos Rodon throws the second no-hitter in MLB within the last week 🤯 pic.twitter.com/uw0h5E8yLH

At last, the hard-times of Rodon’s comeback seem to be in the past. While the journey is long-from over, Rodon looks to have regained the confidence he had prior to his injuries. The Chicago White Sox young roster, are one of the most promising rosters in the MLB. If Rodon can continue dominating, the team will soon go from promising young talent, to a legitimate World Series threat.

Jason Myers is a dedicated sports journalist that covers the entire world of sports. Myers currently studies Journalism at the University of Florida, and will be graduating this upcoming May, 2021.
Previous Florida Volleyball Faces Morehead State In Second Round of NCAA Tourney
Next NCAA Reportedly Passes One-Time Transfer Rule