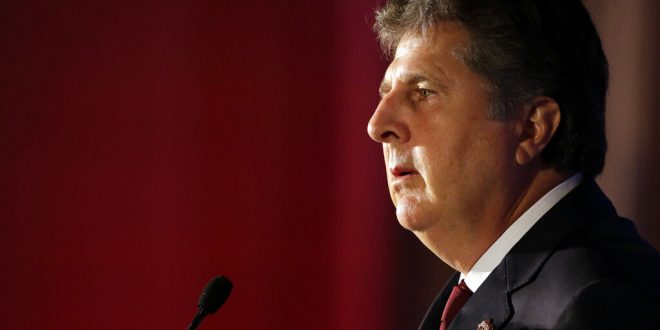 Mississippi State and the University of Memphis look to extend their records to 3-0 Saturday. This is both teams’ third non-conference game of the season.

The Bulldogs are putting their faith in the hands of a young quarterback this season.

Sophomore quarterback Will Rogers has been a strong option for the team, even as a freshman. Rogers played in nine games his first year, with six starts. He had 11 touchdowns, a 69.1% completion rate and 1,976 passing yards. After two games, he is 72 for 96 in completions with five touchdowns.

“He improved in the pocket,” he said. “He improved in maintaining energy within the offensive unit. We did go three-and-out way too many times. I thought that was disappointing. I do see him and his receivers starting getting tuned in a way I haven’t seen since I have been here, I thought that was good. He took a step. He is still the youngest quarterback I have ever coached other than him last year.”

The Tigers also have their work cut out for them with a young quarterback.

Freshman quarterback Seth Henigan, started well for his college career. Between his first two games, he has six touchdowns and is 42 for 66 in completions.

Head coach for the tigers, Ryan Silverfield, said he was not surprised at how quickly the team has come together around Henigan’s leadership.

“We knew he was capable of making throws and running this offense,” he said. “So surprised? No. But in essence, you know, just pleased with their growth and how quickly they’re able to. And a big part of it is that, because we knew that…at one point, Grant and even Keilon and even Peter were at one point, were getting reps with the ones so that the gelling with the Sean Dykes and Calvin Austin-s of the world. And then having a…true freshman back there with Brandon Thomas, who really didn’t play much last year (if at all)…surprised, kind of, but I just, look we’ve been fortunate since I’ve been here at Memphis to have a lot of freshman step up and play.”

Memphis hosts Mississippi State in the Liberty Bowl Memorial Stadium, Saturday. Kickoff is at 4 p.m. and can be watched on ESPN2.

Rylee is a third year Journalism major with a specialization in sports and media at the University of Florida College of Journalism and Communications.
Previous Washington Host New York in an NFC East battle
Next LSU hosts Central Michigan