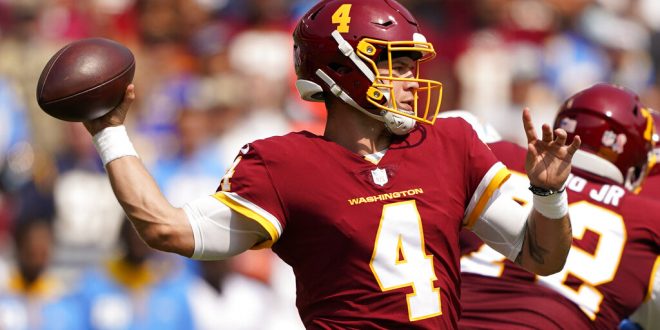 Last week, the Giants fell to the Denver Broncos 27-13.

New York struggled to get things going offensively punting on their first two drives. After a touchdown gave them a 7-3 lead in the second quarter,  the Giants wouldn’t score again until the final play of the game.

Quarterback Daniel Jones was responsible for both Giants scores. He threw a 37-yard pass to Sterling Shepard for the teams first score.

He would run for a four yard touchdown to end the game.

Jones Struggled in week one, totaling a 49.8 QBR. He completed 22 of 37 passes for 267 yards but was sacked twice. Jones also scrambled for a team high 27 yards, but a costly fumble late in the third quarter may have sealed the Broncos win.

The Giants defense kept their team in the game until the fourth quarter where they gave up 10 points, including a 70-yard touchdown run to Broncos running back Melvin Gordon III, who finished with 101 yards.

Going into tonight’s game, Giants running back Saquon Barkley is listed as questionable. He was able to gain 26 yards on 10 carries last week but has been a limited participant practice. Barkley had this to say about last weeks performance:

Barkley suffered an ACL tear last season. Last week was his first action since week two last year. As for how he feels today:

The Washington Football team lost more than their game with the Los Angeles Chargers. They lost starting quarterback Ryan Fitzpatrick as well.

Fitzpatrick was hit on a play in the second quarter that would keep him out the rest of the game. An MRI later showed that he suffered a hip subluxation.

Taylor Heinicke would come in for Washington. His ninth regular season game. Heinicke went on to complete 11 of 15 passes for 122 yards and a touchdown. He also scrambled for 17 yards. His 11-yard pass to Logan Thomas gave Washington an early third quarter lead.

Washington running back Antonio Gibson had an up-and-down day. While he was able to gain 90 yards on 20 carries, he fumbled twice (one of which was lost).

Washington’s defense was able to get two takeaways with a fumble recovery in the third and an interception late in the fourth.

While the Chargers won by four points, one has to wonder how the dynamic of the game would have changed if Washington kicker Dustin Hopkins had not missed a 51-yard field goal in the third quarter.

Going into week two, Heinicke said he is excited to be considered an NFL starter.

Trey is a third year sports media major at the University of Florida, and a WRUF reporter.
@@treyboogie5
Previous Vols Prepare to Bounce Back Against Tennessee Tech
Next Mississippi State v. Memphis Football Preview