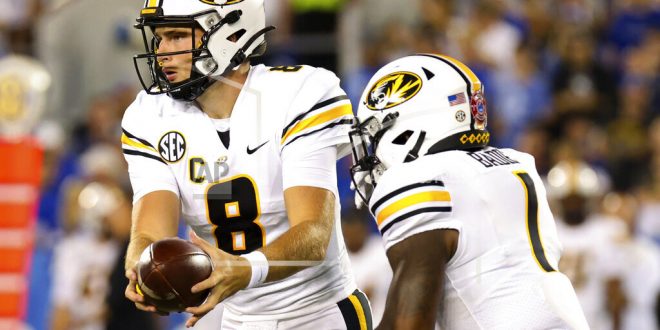 Mizzou Hopes for a Successful Homecoming

After a rocky start to the season, the Missouri Tigers look to gain their footing as they host North Texas this Saturday for their Homecoming game.

After finishing third in the SEC East last season, Mizzou has seemed to take a step in the opposite direction. Starting off 1-3, the Tigers have struggled with keeping their opponents out of the end zone. The defense has not been able to stop the ball, and hopes to change that this week. The coaching staff added Al Davis as their defensive line coach following their loss to Tennessee. Head Coach Eliah Drinkwitz is very excited to bring him on board. The team believes that he will be a valuable asset to stopping the ball.

Improving the defense could be a potential game changer to the Tigers. The offense has had a decent run so far. Starting quarterback Connor Bazelak has thrown for a combined 1,522 yards and 10 touchdowns. While this is countered by five interceptions so far, if Mizzou can improve their passing game, they could be a formidable opponent.

Drinkwitz commented on his team’s practice after their loss to Tennessee, and believes that the energy is there to push his players in the right direction. Even during a drought, it’s important for teams to continue playing at 110% in order to improve.

The Mean Green are in a very similar position to Mizzou. Starting off at 1-3 as well, and seventh in their respective conference. While these two teams may seem similar, North Texas has much more to prove. The Mean Green offense is not looking as mean as they should. With both quarterbacks averaging under a 50% completion rate the passing game needs a huge boost before they are ready to compete.

North Texas needs to rely on their run game in order to keep up this weekend. The Mizzou rushing defense has been less than admirable this season, and the Mean Green has an excellent rushing unit. The player to look out for is DeAndre Torrey. Torrey already holds 516 rushing yards alone in the past four games. The North Texas coaching staff needs to utilize him as heavily as possible to stand a chance on Saturday.

Kickoff is at 4 p.m. on Saturday, Oct. 9th at Memorial Stadium.