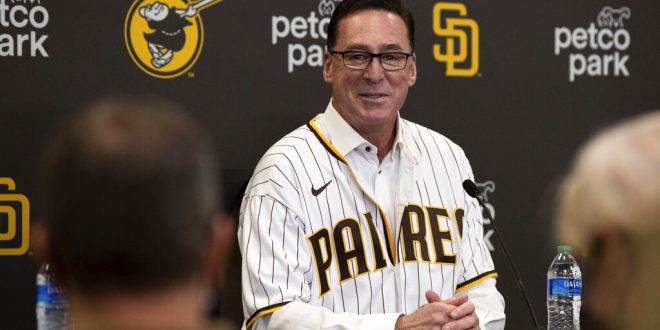 Three-time Manager of the Year and former Oakland Athletics Head Coach Bob Melvin signed a three-year contract to become the new San Diego Padres manager this week. Melvin was in Oakland from 2011 to 2021 and joins the Padres who finished 79-83 in the 2021 season.

The place to be. The man to lead us forward. pic.twitter.com/C6ISGEt6FQ

A New Generation of Baseball

Going to San Diego, Melvin will be able to work with rising star Fernando Tatis and company. He said he is looking forward to it and he enjoys the youthful energy of current players in the league. Even though he has been in the league for a while, Melvin doesn’t believe in old-school baseball and thinks it is a thing of the past.

“The game needs some enthusiasm and for veteran guys, you have to acclimate to that, but that has been the easy part for me.”

Melvin talked about coming to the Padres and the balance he will bring as a coach.

“It’s a different game than what it used to be. I learned a lot about analytics in Oakland and it has opened my eyes to a lot more.”

Melvin admitted that the Padres had a poor ending to the season, but knows the potential they have going forward.

“The sky is the limit for this team. the next big thing for this team is to go to the postseason and to want and expect to win a World Series.”

He followed that up by appreciating the opportunity the Padres present.

“It’s all about winning and I don’t know there’s a better destination to be able to come.”

Melvin is clearly excited for the chance to coach San Diego and spoke about the factors that led him to leave Oakland for the Padres.

“We came here on a Tuesday night and it was electric. With the fan base, enthusiasm, ballpark, and especially the roster, that is the real hook.”

Bob Melvin becomes the 22nd manager of the San Diego Padres transitioning from his role in Oakland.