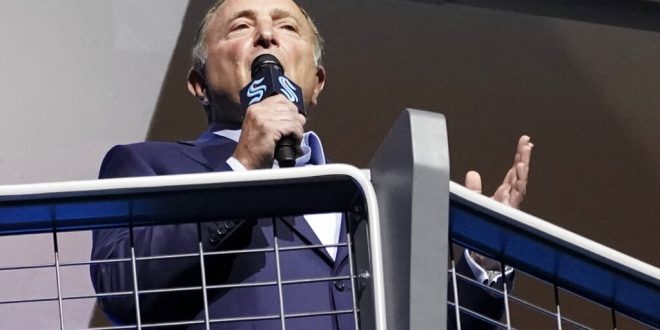 Kyle Beach filed a lawsuit in May under the anonymous name of John Doe. Beach alleged that he was sexually assaulted in 2010. Brad Aldrich invited Beach to his apartment where he threatened his place on the team. Aldrich then assaulted Beach that night.

Beach reported the incident to other members of the team including the team counselor Jim Gary. Gary passed on the story to team leadership, including head coach John Quenneville and President John McDonough. The front office decided to bury the allegations, to avoid bad publicity before the playoffs.

The allegations going public caused many front-office changes. Stan Bowman is out as general manager, Al MacIssac is no longer Vice President of Hockey Operations, and Joel Quenneville has resigned from his job as head coach of the Florida Panthers. Aldrich resigned in 2010 following the incident.

Commissioner Bettman was quick to apologize to Beach and his attorney. The league fined the Blackhawks $2 Million. Bettman also offered counseling services to Beach.

Bettman said he was “horrified” as he watched Beach’s tell-all interview last week. He could tell Beach had been suffering just by watching him. Bettman stated that the situation would have been handled differently had it been brought to light in 2011.

Following the news of the incident, the Blackhawks requested Aldrich’s name be removed from the Stanley Cup. Aldrich denied all allegations. He has also stated the encounter with Beach was a consensual one.

Jack Shivertaker is a senior at the University of Florida pursuing a degree in Journalism with a focus on sports media.
@JackShivertaker
Previous Titan’s RB Derrick Henry Out Indefinitely
Next Bob Melvin Named New San Diego Padres Manager