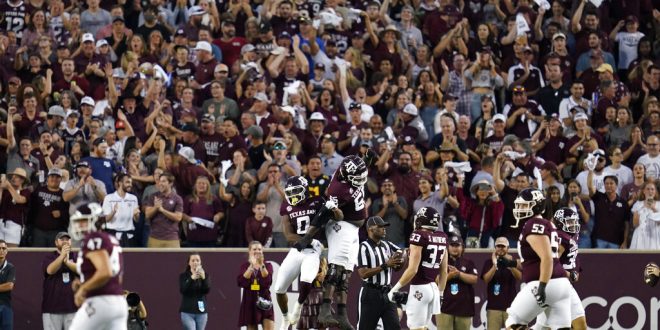 After a hard loss to Ole Miss, Texas A&M can let their guard down before meeting Prairie View, but should they?

The Prairie View A&M Panthers hail from Prairie View, Texas, and play for the Southwestern Athletic Conference. The team is decently successful in their own league, leasing the SWAC West, and holding a 7-2 record over the season. The Panthers rely on Jawon Pass at quarterback, who holds just over 2,000 passing yards and 16 touchdowns this season. With a 63.9% completion rate, the Panthers seem to have a decently reliable offense. TAMU head coach Jimbo Fisher holds the team in high esteem and believes that the Aggies need to play their best on Saturday to show results.

The Aggies have weapons of their own, and sophomore sensation Zach Calzada should be able to put the game away. With the use of running backs Spiller and Achane, as well as powerhouse tight end Jalen Wyndermyer, TAMU should have little trouble running over the Panthers in College Station.

Aggies, Tigers, and Rumors. Oh My!

The big question on Aggie fans’ minds this week is not whether the 16th ranked team will beat Prairie View, but what the future of their head coach will be. With Ed Orgeron leaving Louisiana State at the end of the season, the Tigers are in need of a change. The program began eyeing Jimbo Fisher to rebuild the program, and many are speculating that he will take the job. There are considerable perks: a higher wage, better recruiting, and a massive fanbase behind an extremely successful program. Jimbo may not be able to win a championship at Texas A&M, but there is a shot that he could with LSU.

Fisher has denied the rumors that he will leave the Aggies and seems to hold to his word. He claims to like the chances TAMU has in the future. After a phenomenal recruiting class, it seems to be career suicide to leave at a time like this. Fisher has brought Texas A&M back to the top. Aggies should be grateful, it does not look like he will be backing down from the 12th Man anytime soon.

Kickoff will be at noon on Nov. 20 at Kyle Field.

Previous College Football Playoff rankings see no change at the top
Next LSU, Orgeron Look to Hold on to Bowl Hopes vs UL Monroe