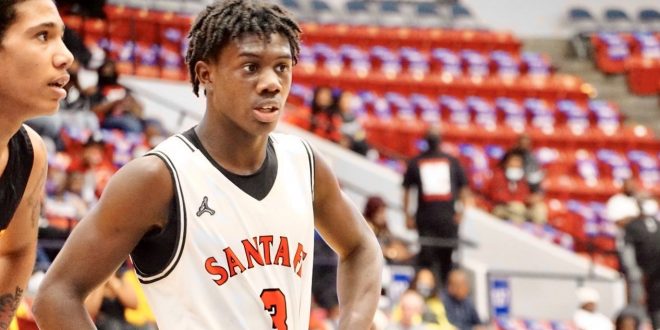 Starting point guard, Don’trell Jenkins, has been lighting it up all season for the Raiders. He is no stranger to the spotlight though. Jenkins has been playing varsity basketball since his 7th-grade summer, evolving into one of Gainesville’s top players. Having such an opportunity at such a young age has not only helped his performance on the court but also off. 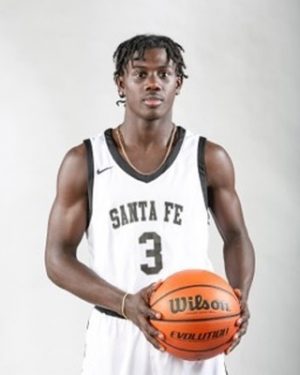 On the Court Impact

Jenkins is the floor general of this Raiders team. Head coach, Glen Banks, had this to say about his star point guard.

“He’s a floor general. I’m just teaching him how to play point guard at a high level—he has the heart of a lion. He runs the team. I let him get the team where he needs to be, and that’s what a floor general does.”

Don’trell truly embodies the role of being the team leader. He is the first to help a teammate up after a foul or to congratulate after a nice play. Jenkins continues to set a great example for the whole program of what it means to be the leader of a team.

Off the Court Impact

Additionally, Don’trell carries himself off the court just as well as on. Jenkins boasts a 3.5 GPA at Santa Fe high school with aspirations of playing basketball at the next level. In the off-season Dont’trell enjoys hanging out with his teammates, working on his game, and traveling to play in AAU tournaments.

Jenkins commented on what traits help make him such a great leader day in and day out.

“I have a great passion for the game, I love to learn new things and off the court I love hanging out with my teammates and going places.”

Jenkins and his Raiders have started their season out to a 2-2 start with impressive performances. They hope to continue their success and make a deep playoff run. Keep an eye out for Don’trell and this impressive Santa Fe squad!