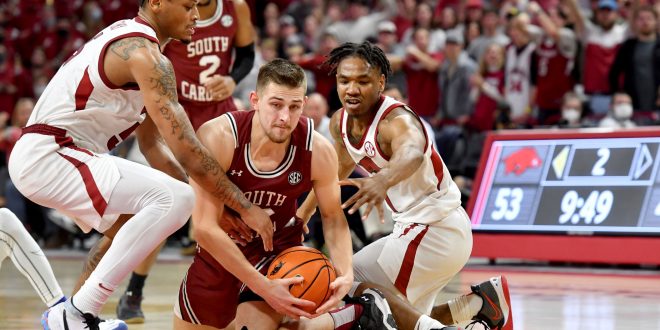 Strong second half for the Arkansas

The Gamecocks started off with an early lead and found themselves up 40-33 at the end of the first half. From there, the “Muss Bus” started, and the Razorback’s began their domination.

Individually, Williams led the way for Arkansas with his career-high 19 points. He went 5-11 from the field and made nine of his 10 free throws.

Additionally, JD Notae added 17 points by going 5-12 shooting and 7-8 from the free-throw line.

Two more Razorbacks scored in double figures with Au’Diese Toney scoring 13 points and Stanley Umude adding 12 points of his own.

Overall, the Razorbacks have now won their last three games after starting conference play 0-3 and move to 13-5 on the season.

On the other side, South Carolina struggled mightily in the second half after a strong first half. The Gamecocks missed their first 11 shots to start the half and went on the shoot 33.9% from the field in the game. Additionally, the South Carolina shot just 30.4% from behind the arc.

Devin Carter led all scorers in the game with 2o points in his first career start. He was one of two Gamecocks to score in double figures with James Reese V adding 10 points.

Opposite of Arkansas, South Carolina has now lost their last three games including a 71-63 loss to Florida on Jan. 15.

South Carolina looks to get back on track against Georgia on Saturday, Jan. 22 at 3:30 p.m. with television coverage on the SEC Network.

Arkansas looks to continue their win-streak as they take on Texas A&M on Saturday, Jan. 22 at 8:30 p.m. Television coverage can also be found on the SEC Network. 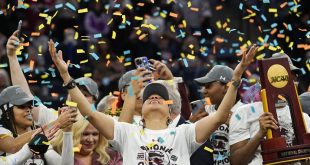