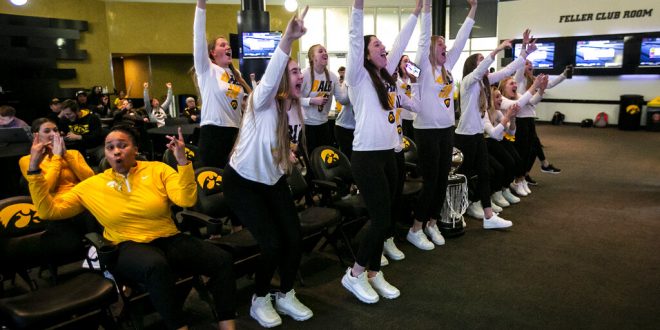 March Madness is officially here! The 2022 NCAA Championship Women’s bracket will feature a field of 68 teams for the first time ever.

On Sunday, the NCAA revealed the 2022 Women’s basketball tournament bracket. The No.1 seeds are the reigning champions Stanford (28-3), South Carolina (29-2), North Carolina State (29-3), and Louisville (25-4). Stanford is looking to become the first team to repeat as national championships since UConn’s four-peat from 2013-2016. Surely, the Cardinal will need junior Haley Jones and sophomore Cameron Brink to bring their A-game.

The Gamecocks fell to Kentucky in the SEC Championship game, but are still the No.1 overall seed. South Carolina is led by Junior Aliyah Boston, who is the favorite for the national layer of the year award.  Certainly, South Carolina is seeking their fourth trip to the women’s final four and potentially their second national championship.

North Carolina State won both the ACC regular season and tournament titles for the first time since 1985. The Wolfpack also set a new program single season record with 29 wins. Now, NC State is looking for their first trip to the elite eight since 1998.

Despite losing in the ACC tournament in the quarterfinals, Louisville was still able to secure the top seed in the Wichita region and will take on the No. 16 seed, Albany. The tournament will begin on Mar. 16th and conclude with a new champion on April 3.

SEC Teams in the Tournament

The SEC features eight teams in the field of 68. Significantly, the Florida Gators are officially headed to their first NCAA Tournament since their 2015-2016 campaign. The Gators have had a Cinderella season finishing the season 21-10, 10-6 in SEC play. Emphatically, Florida had some big wins over LSU, Georgia and Tennessee. Kelly Rae Finley was recently hired as the new head coach of the Florida Gators and Finley has earned her Gators a trip to Connecticut. The Gators are the No.10 seed in the Bridgeport region and will take on the No.7 seed UCF on Saturday Mar.19. Florida will be without their star Kiara Smith, who suffered a leg injury in the SEC tournament. The Kentucky Wildcats, the SEC Champions will also travel to Connecticut as the No.6 seed to face No. 11 Princeton.

In the Greensboro region, you have No. 1 South Carolina taking on Howard or Incarnate Word. Georgia is ranked No. 6 in the Greensboro region and they will either play Dayton of DePaul. The Spokane region will feature No. 3 LSU vs. No. 14 Jackson State and No.10 Arkansas facing No. 7 Utah. Also, in the Wichita region, Tennessee is No. 4 and will take on No.14 Buffalo. Ole Miss is ranked No.7 and will face No. 10 South Dakota.

The 2022 Women’s Final Four will be played April 1st and 3rd at the Target Center in Minneapolis.