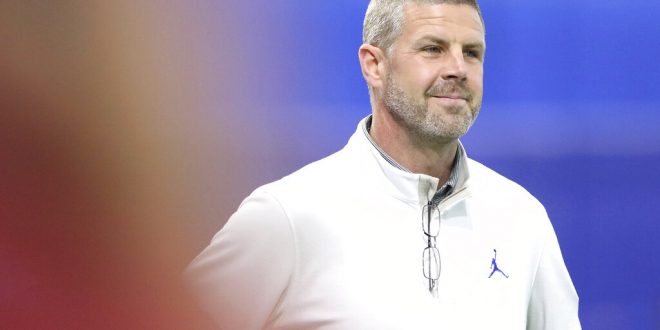 When Jason Marshall Jr. joined the University of Florida football team he was the top prospect in Florida’s signing class per ESPN. The cornerback played in all 13 games in 2021, starting in six.

Now, under a new coaching staff, the rising sophomore is prepared to be mentally tough.

Marshall said Corey Raymond, the assistant head coach and defense/cornerback coach, is very specific with details to aid the cornerbacks. Marshall said the skills will help the players accelerate at the next level, too.

An experienced coach and former NFLer, Raymond enters his first season with the orange and blue. Marshall said because of Raymond he has quickly adjusted his game.

He said every coach has a different taste and learning to adapt at spring practice assists in acquiring the said taste. Raymond, who spent his last 10 seasons at LSU, heavily recruited Marshall and is familiar with his game.

But Marshall said Baton Rouge, Louisiana, was too far then and is blessed to reconnect with the seasoned coach.

During the 2021 season, the Miami native recorded his first career start against Kentucky Oct. 2. As the season progressed, so did he.

He said his “welcome to college football moment” occurred during the Alabama game. The Crimson Tide are long-time top contenders, Marshall said he knows Nick Saban has a loaded roster containing great competition.

“Playing against good players — that makes me stand out as well,” he said.

As the Orange and Blue Game approaches, Marshall said he just wants to get better at his craft, he wants to be the best version of himself.

The sophomore said his fellow cornerbacks are taking the extra time to study the game, go over film and practice.

In the same vein, Marshall said his biggest competition is himself.