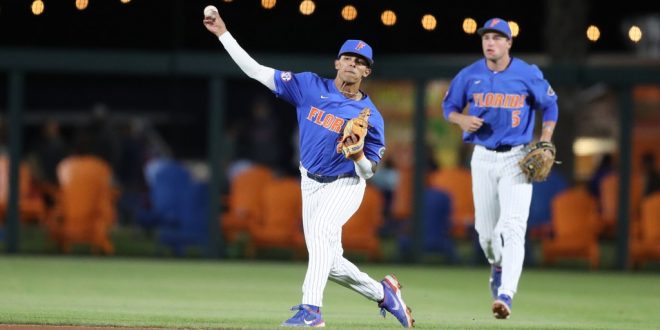 Gator Baseball Travels for a Series Against Georgia

The No. 14 Florida Gator baseball team will travel to Athens, Georgia for an action series Thursday to Saturday.

The Gators (17-7) and the Bulldogs (18-6) will take the field against each other for the first time this season. In their last matchup, Florida won the first two games of the weekend series but fell to Georgia 6-1 in the last game.

No. 14 Florida defeated No. 5 Florida State by a final score of 6-3 on Tuesday night.

After two straight losses to LSU over the weekend, Florida looked to improve its game against Florida State on Tuesday.

Shortstop Josh Rivera had a notable night. He went 3-for-4 with one home run, one double, three RBI, one run scored and one stolen base.

In 14 appearances this year spanning 23 1/3 innings, Blake Purnell has only allowed one earned run. He now owns a 0.77 ERA on the season. Purnell retired eight of the nine batters he faced with four strikeouts to earn his second save of the season.

Brandon Neely earned his first-career win, pitching 1 2/3 shutout innings on one hit and one walk while striking out four.

The No.23 Georgia Bulldogs beat the Georgia Southern Eagles 7-2 on Tuesday, earning the series win.

It was another notable night for freshman Cole Wagner who had 1-for-3, three-RBI and one home run.

Ben Anderson leads the Bulldogs with a .369 batting average and hit by pitch (6).

Florida will return to action with a three-game Southeastern Conference series against No. 23 Georgia on Thursday, March 31 through Saturday, April 2.

Previous Jason Marshall Jr. ready to tackle 2022 season
Next Tiger Woods To Play in the Masters? 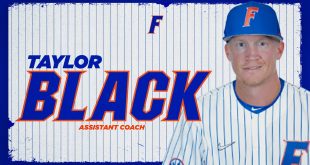