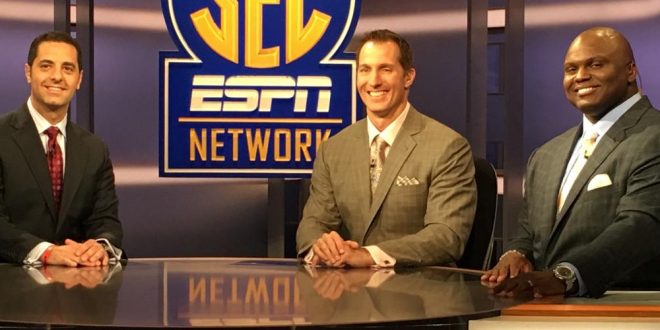 Doering said he thinks the Gators are in good hands under head coach Billy Napier. He said the team had overhauled its approach in practices, lauding Napier’s attention to detail and the team’s execution.

The one-time Indianapolis Colt praised the decision to move the program’s annual Orange and Blue Spring game to Thursday evening.

Doering also mentioned players being able to start fresh with a new regime. Specifically, he spoke about running back Lorenzo Lingard having opportunities to stand out.

ESPN’s College Football Power index currently ranks the Auburn Tigers as its No. 10 best team. Doering disagreed. He expressed concerns about Auburn’s quarterback room before noting the improvement of other teams in the SEC West.

Doering also said the Texas A&M Aggies, who have been red hot on the recruiting trail, will be overvalued this season.

He added that he expects the team to perform well in 2023. The former receiver said that the Aggies are likely a year or two away from reaching their potential.

Doering gave props to Mark Stoops and the Kentucky Wildcats as well. He praised the coach’s recruiting and his use of the transfer portal.

The former Gator also said he was interested to see what the Missouri Tigers can accomplish after putting together what he called a strong recruiting class. He expects a competitive SEC East behind Georgia, but added that South Carolina and Tennessee may have overachieved last season.