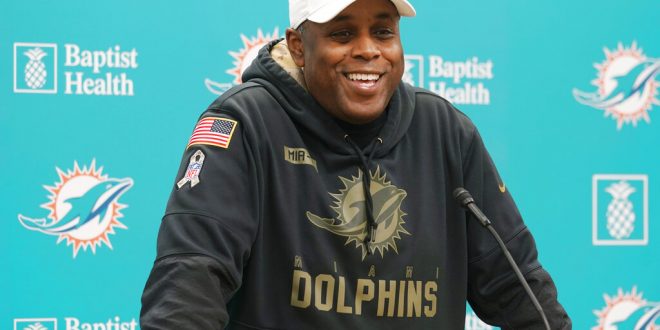 Between Thursday and Saturday, 262 prospects will take the first step in their professional careers by joining any of the 32 franchises across seven rounds.

Michigan defensive end Aiden Hutchinson has been projected by evaluators as the first pick in the draft since March. However, Georgia defensive end Travon Walker also gained momentum in the days leading to Draft Week.

This year’s class features fewer high-end quarterbacks than usual. Liberty’s Malik Willis, Mississippi’s Matt Corral and Pittsburgh’s Kenny Pickett are some of the names that could join the NFL this season.

The Jacksonville Jaguars and the Kansas City Chiefs hold the most selections with 12. The New York Jets and New York Giants each have two picks among the top 10, and the Miami Dolphins head to the bottom of the pack with only four selections.

Here’s a preview of how Florida teams could fare in the draft.

Jacksonville holds the number one overall pick for the second year in a row. Although there’s speculation around who will be the Jags’ first choice, one thing is sure; their focus will likely fall on the offensive line.

With Walker, Jacksonville could get the protection second year quarterback Trevor Lawrence needs. Lawrence, drafted first overall in 2021, led the Jaguars to a 3-14 record and posted a lackluster 12 touchdowns with 17 interceptions. He was also sacked 32 times last season for 238 sack yards lost. The addition of Hutchison, a Heisman Trophy runner-up who notched 14 sacks in 2021 could give the Jags a defensive boost.

To improve a below-par offense, head coach Doug Peterson will also explore the wide receiver market. Despite signing free agent receiver Christian Kirk in March, the Jags could add Georgia wide out George Pickens to improve the roster around Lawrence.

The Dolphins’ presence in this year’s draft is modest. Their first two selections come in the third and fourth rounds, while the other half comes in the final cycle.

Despite having fewer prospects to work with, Miami is still undergoing major renovations. The Dolphins are led by first-year head coach Mike McDaniel and have a new star in Tyreek Hill. They have also added offensive tackle Terron Armstead, receiver Cedrick Wilson and running backs Raheem Mostert and Chase Edmonds.

According to analysts and mock drafts, the Dolphins could potentially look for defensive ends, centers and safeties. Barry Jackson from the Miami Herald reported that the Dolphins hosted several prospects including Kentucky center Luke Fortner and Wake Forest’s Zach Tom.

The return of Tom Brady changed the offseason picture for Tampa Bay.

The Bucs are back as a contender team in the NFC South. They have six picks to solidify the roster. Among Tampa Bay’s priorities are finding a left guard, securing a backup tight end, and improving the defensive line. As of Tuesday, the Bucs haven’t re-signed defensive lineman Ndamukong Suh or tight end Rob Gronkowski. Tampa Bay also has a hole to fill in the guard position following Ali Marpet’s retirement.

Who will we draft in the first round?#GoBucs

What you need to know

The first round of the draft starts Thursday at 8 p.m. at Allegiant Stadium in Paradise, Nevada, home of the Las Vegas Raiders. Rounds 2 and 3 will kick off on Friday at 7 p.m., while rounds 4 through 7 take place Saturday at noon. The draft will be broadcast via ESPN, NFL Network and ABC, and it can also be streamed on the ESPN and NFL mobile apps.