Standing 6 feet 3 inches tall Gabby Essix dominated the high school game. Her only question, where would she play next? Luckily for Coach Mary Wise, Essix mother had already laid some ground work.

Essix would eventually commit to the Gators in 2019 setting her up to play under Coach Wise. Now, with one year under her belt, she no longer has to wonder what it would be like to play for such a coach, she’s lived it. Here’s what she had to say about her first year under Wise:

In May 2021 Coach Wise announced the hiring of assistant coach Eysha Ambler. Prior to heading to the swamp, Ambler had 15 years of coaching experience, including nine seasons with fellow SEC school, Auburn. Here’s Essix on the importance of adding Ambler to the Gators staff:

Essix appeared in 14 games and 29 sets during the 2021 season. Additionally, she discussed her transition from playing at the high school level to the collegiate level:

NIL deals have taken the college sports landscape by storm with athletes now allowed to profit off their name, image and likeliness, Gabby gives her take on the ordeal:

The Gators graduated five seniors in 2021 leaving uncertainty within the team. Moreover, Essix, details how the sky is the limit for the 2022 team: 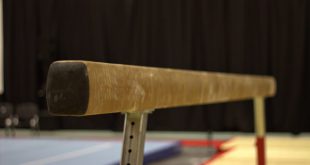 Gabrielle Essix is a freshman on the Gators Volleyball team from Hoover Alabama. Before entering …