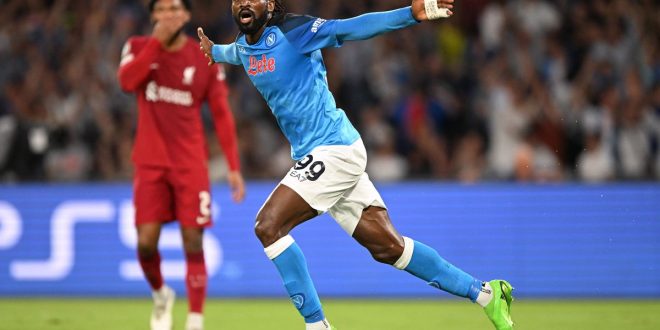 In one of the most highly anticipated seasons of champions league in recent memory, there is no shortage of exciting games on the horizon. Multiple groups can claim they are the “group of death” where any team has the potential to conquer the group. Group A is arguably one of those with four teams who have high expectations for themselves coming into match day one.

Last season’s runner-up has been outstanding in the champions league over the past few years and expectations haven’t changed. Liverpool are looking to avenge their 1-0 loss to Real Madrid in last year’s final. However, they face a group that could see any team struggle to make it to the knockout stages.

In the previous season, Liverpool topped arguably the group of death with a perfect 18 points from 18 possible.

Key transfer window additions like Fabio Carvalho, Darwin Nunez and Arthur Melo will bolster their squad in hope of replicating a run similar to last season. The departure of Sadio Mane to Bayern Munich leaves some big shoes to fill in the attacking third. Mohamed Salah will still be the main threat in attack along with with Luis Diaz and Diogo Jota. Virgil Van Dijk also leads a defense that only allowed six goals in last season’s group stage.

Liverpool face Napoli in their first group game on Wednesday, September 7 at 3:00 P.M.

After failing to qualify for the champions league last season, Napoli advanced to the knockout stage of the Europa league which saw them get knocked out by Barcelona in the round of 16.

Napoli have seen a strong start in Serie A this season going without a loss in their opening five games. They will look to continue their strong form with their opening test against Liverpool. Napoli have been relativley consistent in Serie A over the past several seasons, but have failed to win the highly coveted Scudetto.

Napoli and manager Luciano Spalletti hope that their style of fast play will be able to match the rest of the teams in a strong group A.

After a dazzling run to the semifinal in 2019 which saw a heartbreaking stoppage time loss to Tottenham, Ajax have shown that they are able to compete with the best in Europe. They won all six of their group stage games a season ago and are hoping to replicate that success despite a busy summer transfer window.

After losing Manager Erik Ten Hag to Manchester United at the end of last seasons, Ajax also saw the departures of defender Lisandro Martinez and forward Antony to the red devils. As usual, Ajax also sold a whole host of other exciting players like Ryan Gravenberch and Sebastian Haller to bigger clubs. However, Ajax were just as busy in the buying market where they brought in key players like Lucas Ocampos, Steven Bergwijn, Calvin Bassey and Brian Bobbey permanently.

The dutch club has as much player turnover as any other club in the world due to their immense record of talent production. In addition to using the money they receive to buy new players, Ajax always have more players coming through the academy. Look for players like Edson Alvarez and Kenneth Taylor to make their name heard on the big stage.

Rangers are back in the Champions League for the first time in 10 years. Steven Gerrard raised them to prominence in the Scottish first division, but eventually left to take on a new challenge with Aston Villa.

Rangers had an improbable run in last season’s Europa league reaching the final, but came up just short against Eintracht Frankfurt in penalties.

Gerrard’s departure was always expected, but that doesn’t mean Rangers don’t think they still have the quality to compete with the best teams in Europe.

Young Americans like James Sands and Malik Tillman will hope to mark their mark in European competition. Former Premier League standout John Lundstram and club captain James Tavernier bring experience to the squad as well.  A lot of Chris Woodward’s squad is unproven, but they hope to show why they belong in the Champions League. 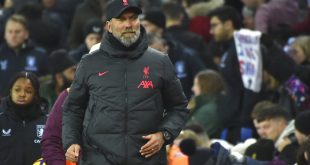