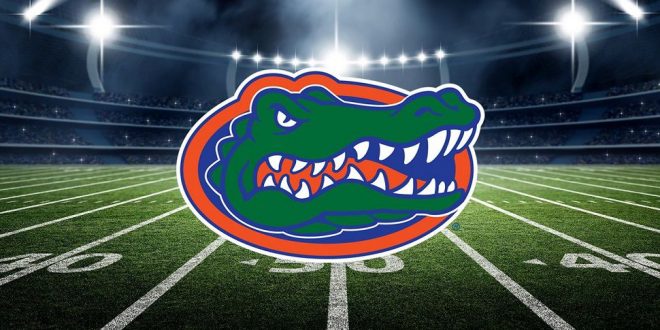 Gators Stumble Against No. 20 Kentucky

The Gators’ offense struggled to get into any rhythm on Saturday resulting in a 16-26 loss to the No. 20 Kentucky Wildcats in the Swamp.

Gators narrowly lead after first half

The First half was dominated by defense. There were only three total points in the first quarter which came from a 39-yard field goal by Gator kicker Adam Mihalek early in the quarter.

However, the second quarter provided a little more excitement. Quickly in the second, Kentucky quarterback Will Levis hit his wide receiver on a 55-yard deep ball giving the Wildcats the lead 7-3.

On the ensuing possession, the Gators eventually hit a 50-yard field goal putting them behind the Wildcats 6-7.

Shortly after that, the Gator defense got the first turnover of the game. Gators defensive lineman Gervon Dexter Sr. intercepted a deflected pass by Brenton Cox Jr. who got into the backfield in a hurry off the edge.

After forcing the turnover, the Gators quickly found the end zone with a Trevor Etienne rushing touchdown. This put them up 12-7 and would force them to go for a two-point conversion. Etienne would score the two-point conversion as well, pushing their lead to seven over the Wildcats. After the game, Gators head coach Billy Napier gave praise to Etienne’s performance against the Wildcats.

Nearing the end of the half the Gators were given two points on a botched play on a punt resulting in a safety. However, Anthony Richardson gave the ball right back to the Wildcats on an interception in his own territory. The Wildcats would put the ball in the end zone and end the half down 13-16 to the Gators.

Offensive woes in the second half for the Gators

The Gators did not manage a single score in the second half. On the flip side, the Wildcats scored 10 points alone in the third. They had a pick-six and a field goal to push them in front 23-16 by the end of the third.

The Gator offense had multiple opportunities to find the end zone to tie the game at the end, but just could not do it. It tried going for it on fourth down in their own territory on back-to-back possessions in the fourth quarter. Although, the Gators did not convert either and gave the Wildcats good field positioning both times.

Kentucky would go on to score one more time in this game with a little under two minutes left, which gave them 26-16 advantage over the Florida. This was the last score of the game, giving Kentucky the 26-16 win over Florida.

In post-game media availability, head coach Billy Napier mentioned leadership and accountability on multiple occasions. He even started out by taking responsibility himself.

Despite the loss tonight, Napier mentioned he is “still proud of the character of the team and that they will learn from this experience.”

When Napier was asked about Anthony Richardson and his minimal experience, he did not sound worried at all.

Despite his lack of experience, Anthony Richardson knows he should have been a better against Kentucky.

Florida will be back in the Swamp next weekend against USF at 7:30 pm.