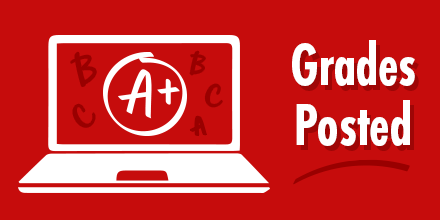 First half: After being compared to some of the greatest college quarterbacks in history all week, Anthony Richardson did not have a half to remember. He was 6-of-17 with a huge game-changing interception and only rushed for six yards. The offense did manage 104 rushing yards, but the passing game was not very good.

Second half: Just awful. Richardson was not able to use his running ability because of an ankle injury early in the game and Florida went for two fourth downs in its own territory in the fourth quarter and called two passes that weren’t close to being completed.

For the game: I hate to say this, but the offense for the Gator was very reminiscent of a Will Muschamp offense. Richardson was clearly limited, but the offensive line is eating pork and beans after that performance. The Gators had 32 yards rushing in the second half.

First half: One touchdown came on a really good pass and a really great catch by freshman Dane Key. The other came after Richardson’s turnover gave Kentucky the ball at the Florida 6-yard line. Otherwise, the defense played pretty well, allowing only 118 yards (although some of that was a minus-39 yards on the errant punt snap.

Second half: The defense kept Florida in the game. Other than the one drive where the biggest play was a pass that was deflected by the Wildcats, Florida held tough for the most part, but when you lose, it is a team loss.

For the game: This was very much like last year’s game when Kentucky didn’t need a lot of offense to find a way to win against the mighty Gators. The defense wasn’t the problem in this one. Florida allowed less than 300 yards of total offense.

First half: Do we give the special teams credit for a punt going four yards over the punter’s head? Or a bobbled snap stopping an extra point attempt? Why not? Jeremy Crawshaw had a good half and Adam Mihalek’s 50-yard field goal was a thing of beauty. But no more kickoffs out of bounds.

Second half: Crawshaw continued to have a big night. He finished the night averaging 47.4 yards on five punts. Other than that, no big whoop.

For the game: OK, so special teams again had a limited real impact on the game. The two field goals were nice and Crawshaw had a big game, but when are we going to see something special happen like a blocked punt or a long return?

All week on The Tailgate, I tried to tell people that Kentucky was good enough to come in here and win this game. Now, you have to admit it. Kentucky owns Florida. The Wildcats have won two of the last three in Gainesville and three of the last five overall in a series that saw Florida win 31 in a row. Clearly, this is a program with a long way to go. A lot of people were fooled by the win last week.

Previous Another Tough Second Half Dooms Santa Fe High Football
Next Gators Stumble Against No. 20 Kentucky

As the playoffs approach on Friday, a great deal of uncertainty surrounds who is the …