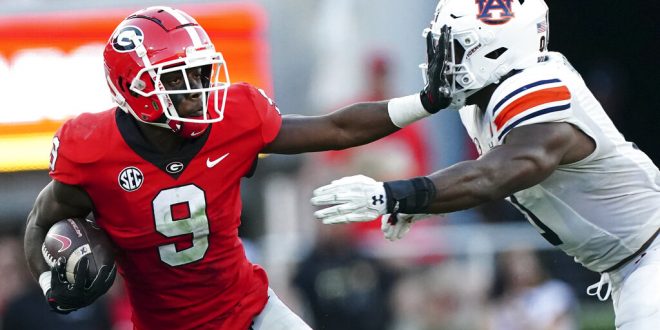 A Look Around the SEC Through Week 6

The SEC remains the most competitive conference in the country, with three teams currently ranked in the top six. Plus, six total teams currently rank in the Top-25, with several other schools on the outside looking in at the midway point of the college football season.

Through the first six games of the season, Georgia, Alabama, Tennessee and Ole Miss remain undefeated. Georgia is coming off a 42-10 victory over Vanderbilt after beating Missouri by four in its previous game. After dropping in the rankings to No. 2 last week, the Bulldogs leapt back to No. 1 after Alabama had a tight win over Texas A&M. The Crimson Tide are No. 3 and three spots ahead of Tennessee.

The Vols beat LSU on the road and are set to face Alabama in their next game, while Georgia takes on Vanderbilt. Mississippi State had its biggest win of the season against Kentucky on Oct. 1 and then beat Vanderbilt by 24 points this past week. All four of these undefeated teams are averaging nearly 40 points per game, with star quarterbacks Bryce Young, Stetson Bennett, Hendon Hooker and Jaxson Dart leading the way.

Mississippi State and LSU are the only one-loss teams in the conference, while six teams have two. Mississippi State is ranked No. 16 and will take on Kentucky Saturday. The Wildcats began the season 4-0 but have lost their last two games despite running back Chris Rodriguez returning from his suspension.

Florida and LSU are also set to meet this week. Despite the Gators having only two losses to ranked teams, they remain out of the Top-25. The Gators beat Missouri 24-17 behind SEC Defensive Player of the Week Jayden Hill. The redshirt sophomore picked off a pair of passes and returned one for a touchdown.

Vanderbilt and Missouri are the only two teams in the conference that have yet to win a conference game.