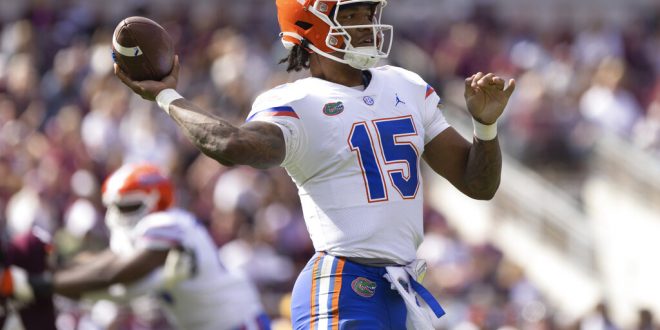 Coach Billy Napier talked about last week’s win over Texas A&M and discussed this week’s matchup with South Carolina on Monday. Overall, Napier was said he was pleased with the outcome of the A&M game but more work needs to be done. Napier discussed how the staff’s leadership and the players’ ownership contributed greatly to the win over the Aggies.

Positives from the Texas A&M Game

He also mentioned he will build off the positivity from the win, and it will carry momentum into this week’s game against the Gamecocks.

The Gators defense was able to turn the game around after halftime, which helped secure the win in College Station.

Napier spoke on how many Gators stepped up and created opportunities for themselves and the team.

This is a big day for the Gators as it is senior day, and the Swamp is sold out for the last home game of the season. Napier said the team wants to send the 17 senior Gators out with a win. This game will also be showing respect and recognizing those who serve, including members from the military and first responders.

When it comes to the members of the team, Napier said the players are more worried about letting their teammates down rather than getting yelled at by the coaches.

Napier talked about how the culture and brotherhood aspect of the team are just as important as the physical training. He said the players hold each other accountable and have expectations for each other when it comes to this week’s game.

One more time in The Swamp. pic.twitter.com/aNmcuXg2qo