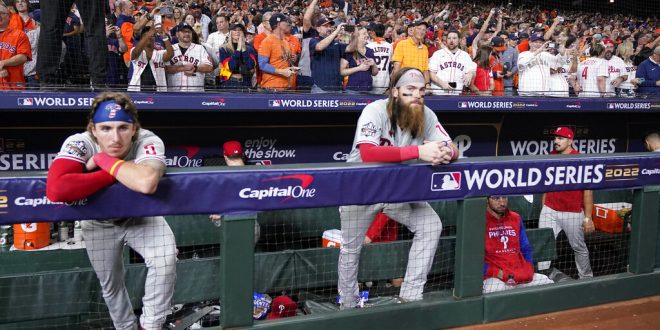 If not for the extended playoffs, the Philadelphia Phillies would have had their season come to an end with the regular season. However, they made it to Game 6 of the World Series before falling to the Houston Astros.

Even with all the success, the Phillies will have a different look next year, with almost a quarter of their roster hitting free agency. While they were able to pick up Aaron Nola’s $18 million option, Zach Eflin declined his $15 million option and will hit free agency. Noah Syndergaard, Kyle Gibson, Brad Hand, Corey Knebel, Johan Camargo and Chris Devenski will also become free agents. Philadelphia will also have roughly $75 million coming off the Phillies’ payroll.

Phillies star outfielder Bryce Harper will be a question mark for the 2023 season. After missing significant time with an elbow injury and not playing the field, Harper may very well undergo Tommy John Surgery. However, the recovery time for a position player is much shorter than it would be for a pitcher. He would still miss most of the 2023 season but said he is ready to do whatever it takes to get his first title.

The Phillies already checked off an important need last month after extending manager Rob Thomson, who took over for Joe Girardi. After the team started 21-29, it won 87 games before making a run to the World Series. One of the biggest needs for Philadelphia will be getting help in the back end of the rotation.

With Syndergaard and Gibson both set to become free agents, Philadelphia is likely to have some spots available. Nola, Zack Wheeler and Ranger Suarez are certainly locked for next year, but Philadelphia will have to look within the organization, free agency or trade.

The top pitchers on the market include Jacob deGrom, Carlos Rondon and Justin Verlander, but the Phillies can easily transition someone like Nathan Eovaldi. They also have top-prospect Andrew Painter potentially an option down the road, but the hard-throwing right-hander is not projected to be ready for another couple of years.

The Phillies are also likely to be in on Trea Turner. He is definitely an option and could bring the Phillies a star lead-off hitter after Kyle Schwarber spent most of the season batting first. Turner also has the versatility to play shortstop and center field. Philadelphia will almost certainly look for bullpen help as well after needing to rely heavily on Seranthony Dominguez and Jose Alvarado in the postseason.

It is certainly going to be tough for Philadelphia to get back to the World Series. It currently has the eighth-best odds of winning the Championship. The Phillies will have to compete with the 2021 World Series Champions, Atlanta Braves as well as the New York Mets, who dominated the season series in 2022.

They are set to begin their season with a matchup against the Texas Rangers, followed by the New York Yankees. The Phillies  will play their home opener against the Cincinnati Reds on April 6. 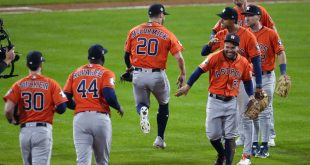