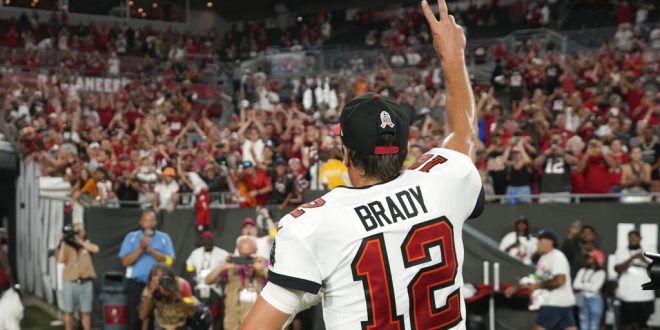 The Buccaneers Get Revenge on the Rams

This game started slow and stayed consistent throughout the whole contest.

Tampa Bay got on the board early after a 20-yard field goal by Ryan Succop toward the end of the first quarter.

Tampa would kick another field goal but LA would take the 7-6 lead into the half.

The Rams were the only scorers in the third quarter as their kicker Matt Gay kicked two field goals to increase the lead to 13-6.

Succop added three points midway through the fourth quarter to put the Buccaneers within four points.

Late in the fourth quarter, after a four and out by the Rams, Tom Brady came in clutch. He drove Tampa bay 60 yards in 35 seconds and connected with tight-end Cade Otton for the game-winning touchdown.

No timeouts, less than 50 seconds, blocked FG earlier to get you in this mess and Brady pulls it off to take the lead late and probably win it. pic.twitter.com/QbtnoiwKV1

Tampa Bay finally got its revenge on the Rams after they lost both games last year.

The first match-up was in the regular season when the Buccaneers traveled to LA. Stafford lit up the endzone with four touchdowns.

The QB contest between Stafford and Brady blew up the stat board as they combined for 775 passing yards.

The second matchup came in the NFC Divisional round where the Rams had to travel to Tampa Bay.

Stafford and Brady battled it out once again combining for almost 700 yards through the air.

Brady drove the Bucs down the field and put them into a position where he thought they would go into overtime.

But after a big play from Stafford and Kupp, it led them to the game-winning field goal.

happy matthew stafford against the bucs day to those who celebrate pic.twitter.com/G4Wqht42J1

The LA Rams would go on to win the Super Bowl that year.