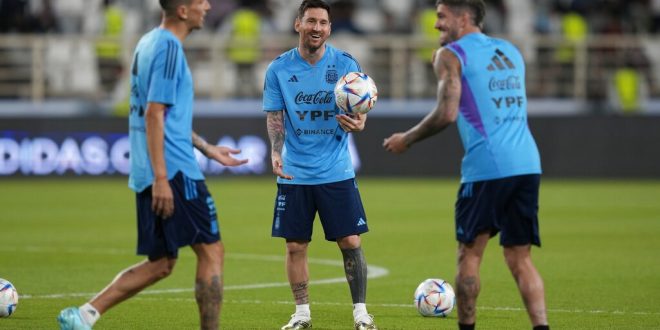 Argentina's Lionel Messi, center, laughs with his teammates during a training session, in Abu Dhabi, United Arab Emirates, Monday, Nov. 14, 2022, ahead of their friendly match with UAE on Wednesday. (AP Photo/Kamran Jebreili)

The World Cup is less than 10 days away and all 26-man squads have been finalized. Thirty-two teams have arrived in Qatar with the hope of achieving the greatest trophy in the sport.

Group C proves to be one of the most stacked groups heading into the World Cup.

The World Cup could be Lionel Messi’s last tournament with Argentina. As if the timing could not be more perfect, Argentina boasts a 35-match winning streak coming into the World Cup, which is two away from Italy’s all time record.

The 35-year-old looks to cement his legacy with the trophy he narrowly missed out on in 2014. If Argentina want to make a deep run in the tournament, however, it will have to rely on more than the GOAT.

Argentina’s defense has been bolstered in recent years due to the surprising emergence of Emilio Martinez. Manchester United’s Lisandro Martinez and Lyon’s Nicolas Tagliafico are sure to start in a much improved backline.

The real threat for Argentina is in the attack. Manager Lionel Scaloni has options up front with Paulo Dybala, Lautaro Martinez and Manchester City Signee Julian Alvarez.

Argentina is one of the favorites coming into the tournament. If it wants to complete Messi’s fairytale ending it will want to finish first in an already strong Group C.

Mexico made it out of the group of death in 2018, only to draw Brazil in the Round of 16. With looks to have better fortune this time around, Tata Martino brings a mix of experience and fresh faces in his squad.

Hector Herrera is the engine in midfield for Mexico as the 32-year-old has starred in practically every major tournament in the past 10 years.

Ajax youngster Edson Alvarez is also sure to start alongside Herrera.

Hirving “Chucky” Lozano broke onto the international scene at the last World Cup. He is expected to lineup alongside Wolves’ Raul Jiminez, the pair are expected to do damage up front for Mexico.

Poland is led by none other than Robert Lewandowski. There is not much left to be accomplished for the Barcelona striker, except on the international scale.

Lewandowski has failed to impress for Poland during the Euros and Nations League. If he wants to establish himself as one of the top strikers in Europe, he will want to be in the golden boot race for this tournament.

Saudi Arabia is typically an afterthought when it comes to this Group C. The Asian powerhouses are expected to finish last.

Saudi Arabia did send Mohamed Salah packing in a 2-1 victory over Egypt in the last group game in 2018. It will look to replicate this success against Argentina on Nov. 22. 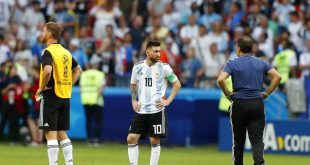 Lionel Messi Confirms Qatar Will Be His Last World Cup