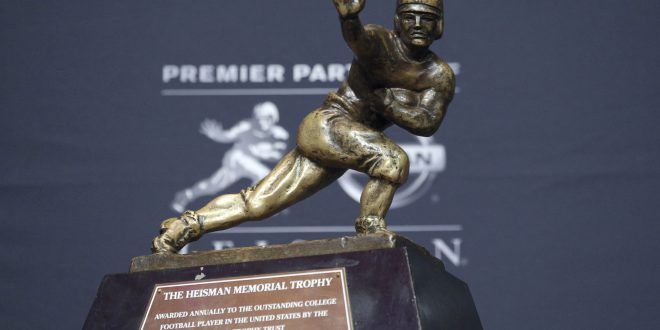 The 2022 Heisman Finalists have been named and will be heading off to New York this weekend. Each have hopes of bringing home the most prestigious individual college football award. This year, four quarterbacks are finalists: Ohio State’s CJ Stroud, USC’s Caleb Williams, TCU’s Max Duggan and Georgia’s Stetson Bennett.

The winner will be announced Saturday at 8 p.m. Eastern time.

Here are the following quarterbacks, and the seasons that have led them to this kind of recognition.

Stroud is no stranger to the Heisman ceremony, and is a finalist for the second straight year. He shares the first place spot for most touchdown passes with USC’s Caleb Williams, and his yards per game fall to the other finalists. Despite this, he edges out with a 9.4 yard attempt average.

An Oklahoma transfer for USC has made a name for himself within his first year at school. Williams showed why he earned his spot as a Heisman-Finalist. This year, he tied for first with 37 touchdown passes, 313 yards passing per game and 10 added touchdowns. Williams has arguably been the backbone of his team this year, getting them in the running for a PAC-12 title and a playoff spot.

Max Duggan replaced Chandler Morris for TCU after their first week of play. Duggan threw 3,321 yards for the Horned Frogs and secured 36 touchdowns. Additionally, the quarterback helped his team secure an undefeated regular season and the third place spot in the CFP. Furthermore, being the MVP of his team will likely have impact on his Heisman Finalist spot.

Stetson Bennett led his team to the playoffs as the No. 1 seed. With 3,425 yards thrown, 21 touchdowns and added 184 yards and seven touchdowns, he is an all-around athlete with a Heisman-caliber year.

A 2022-2023 sophomore at the University of Florida, Madison is studying Journalism, Sports and Media, with hopes to one day become a reporter and journalist. Madison graduated from IMG Academy in 2021, where she competed as a student-athlete running Track and Field. Madison loves all things sports and all things Gators!
@@madiwalkerr
Previous Morocco Shocks Spain, Win On Penalties
Next Santa Fe Dominates Fairmont Academy to Push Win Streak to Three Games 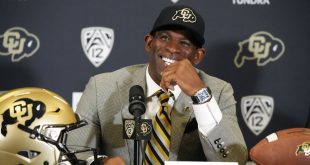