The Florida’s women’s basketball team was named the number nine seed in the Des Moines region for the NCAA Division I Basketball Tournament.  This is Florida’s first NCAA appearance since 2009, where the team lost in the second round to eventual national champion Connecticut.  Gator senior center Azania Stewart and senior forward Ndidi Madu are the only two members of the team who have been to the tournament.  Stewart says she’s happy for her other teammates to finally get a chance at the Big Dance.

In the first round, the Gators will take on number eight seed Ohio State.  Florida senior guard Jordan Jones says she doesn’t care who Florida’s opponent is because she knows her teammates are ready for a battle.

The Florida-Ohio State rivalry kicks off at 12:15 on Sunday afternoon on ESPN2. If the Gators win, they would have a very good chance of playing the overall number one seed in the NCAA Tournament, the Baylor Bears. 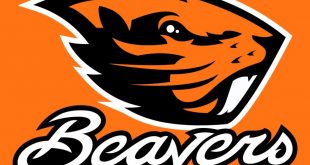