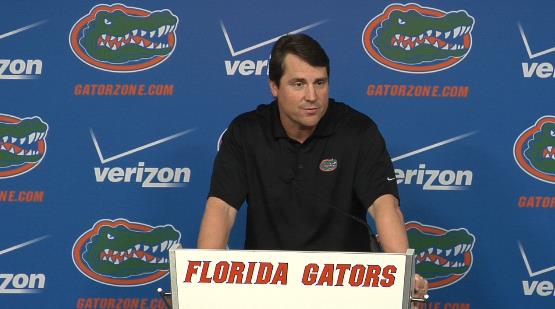 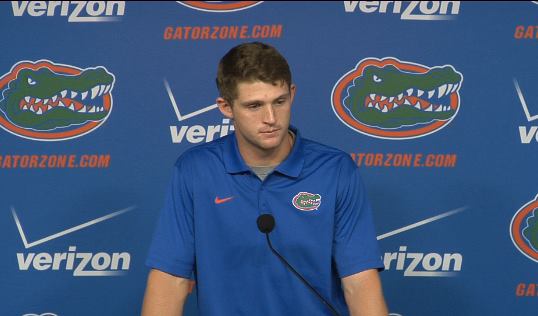 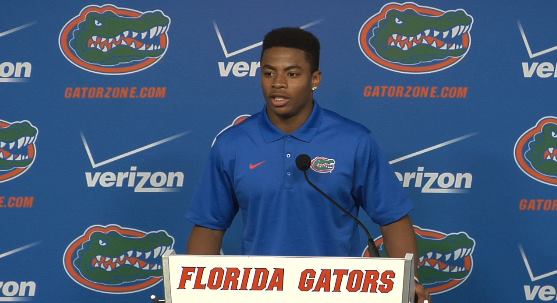 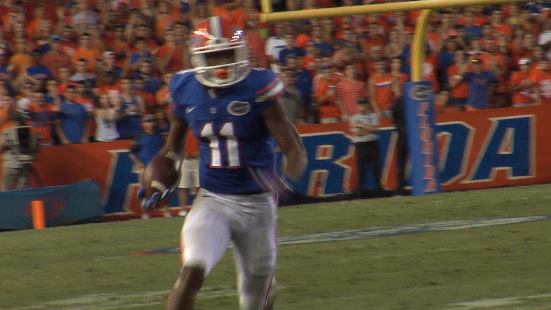 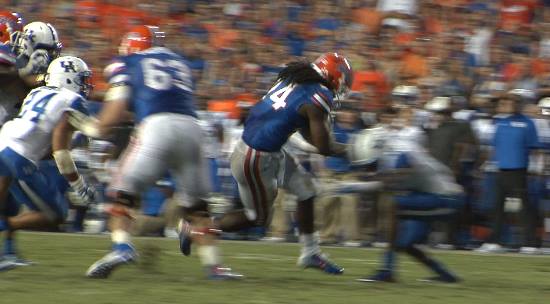 The last time the Florida Gators led by head coach Will Muschamp went toe-to-toe with the Alabama Crimson Tide was back in 2011. Nick Saban’s bunch prevailed with a 38-10 victory in the Swamp that night but on Saturday the Gators will look for a different result.

The Gators will enter the game undefeated with victories over Eastern Michigan and Kentucky. Under first year offensive coordinator Kurt Roper the Gators offense has resurged in 2014 and in the first two games thus far, the rushing attack has thrived.

A two-headed monster has emerged in Florida’s backfield and it begins with junior running Matt Jones. Jones leads the Gators with 221 yards on 37 carries, rushing for a total of two touchdowns. The junior has been a wrecking ball thus far and quarterback Jeff Driskel says he will be instrumental to the team’s success this weekend.

“I think he’s ready to go, he’s a physical threat out there. He’s someone that’s hard to bring down and he’s going to continue to run hard.”

Behind Jones is sophomore Kelvin Taylor who has been a nice complement to Jones and has rushed for 132 yards on 32 carries, rushing for just under six yards per carry. The Gators have rushed for a total of 496 yards this reason, an average of 248 yards per game which ranks them 25th in the NCAA.

The passing game has also improved under the new up-tempo offense and Driskel has thrived. The redshirt junior has thrown for 543 yards in the first two games completing just under 64 percent of his passes. The passing game currently ranks 12th in the NCAA with the Gators averaging 345 yards per game. This will be Driskel’s second meeting with Alabama, with his first coming as a freshman back in 2011. Driskel was thrown into that game due to an injury to John Brantley and Driskel says he will be much more prepared this time around.

“Going in as the starting QB you know what you have to prepare for, you know what you’re getting into, and a backup has to do the same thing. But at that time I didn’t know how close I was to playing, and that’s where I went wrong as a freshman.”

The Gators will face a defense that is currently ranked 10th in points against this season but Muschamp says having a veteran quarterback will be key on Saturday.

Against the Wildcats this past Saturday the Gators finally found a threat at the wide receiver position. Sophomore Demarcus Robinson hauled in 15 receptions for 216 yards and two touchdowns and finished with one of the best performances out of a Florida wide receiver that anyone has ever seen. Robinson’s record breaking performance was essential to the Gators first SEC victory and offensive lineman Max Garcia says he will be a threat moving forward.

“To see Demarcus Robinson make those type of plays gives us confidence. It’s encouraging to see him develop and we’re going to need him a lot this season.”

The Alabama Crimson Tide will also be coming into this game undefeated with victories over West Virginia, Florida Atlantic and Southern Miss. It has been confirmed that senior Blake Sims will be under center and it’s not surprising with the success he’s had this season. Sims has completed 48 of his 64 passes throwing for 646 yards with four touchdowns and just one interception. The Crimson Tide currently rank 33rd in the country in passing and Gators defensive coordinator D.J Durkin says Sims is a special player.

“He throws it well and delivers the ball well for them too. He’s a dangerous guy that we have to be conscious of where he’s at and containing him and keeping him in front of us. He can’t beat you either way throwing it or running it.”

Much like the Gators however, Alabama has had great success in their ground game this season. The Crimson Tide boast a dynamic duo in the backfield as well and it all begins with junior T.J Yeldon. Yeldon has carried the rock 39 times for 225 yards this season while sophomore Derrick Henry has 209 yards on 33 carries. Both Yeldon and Henry are averaging over five yards per carry and Durkin says his guys are going to have to attack the ball to find success on Saturday.

“We’ve got to do a good job of getting off blocks and tackle well. They’re good enough to make guys miss and break tackles so we need more guys getting there.”

“Coop is a great player, me and him knew this was coming. He’s excited, I’m excited, we both know the magnitude of this game and it’s going to be a great matchup on Saturday.”

Despite the Gators rough 4-8 season of a year ago, Saban knows this team is much improved.

“They have a lot of really really good football players. They’re showing great balance on offense and really playing well on defense like they typically do.”

On Saturday the Gators will be looking to end their three game losing streak and get their first victory inside Bryant-Denny Stadium since 1998. If there’s one phrase that’s been uttered from the mouths of multiple players this week, it’s that everybody wants to be Bama.

The Gators will get that chance this Saturday.

For the audio of the quotes above, click the links listed below:

Durkin talks about stopping the run

Driskel talks about this game compared to his freshman year

Vernon Hargreaves talks about the matchup with Amari Cooper