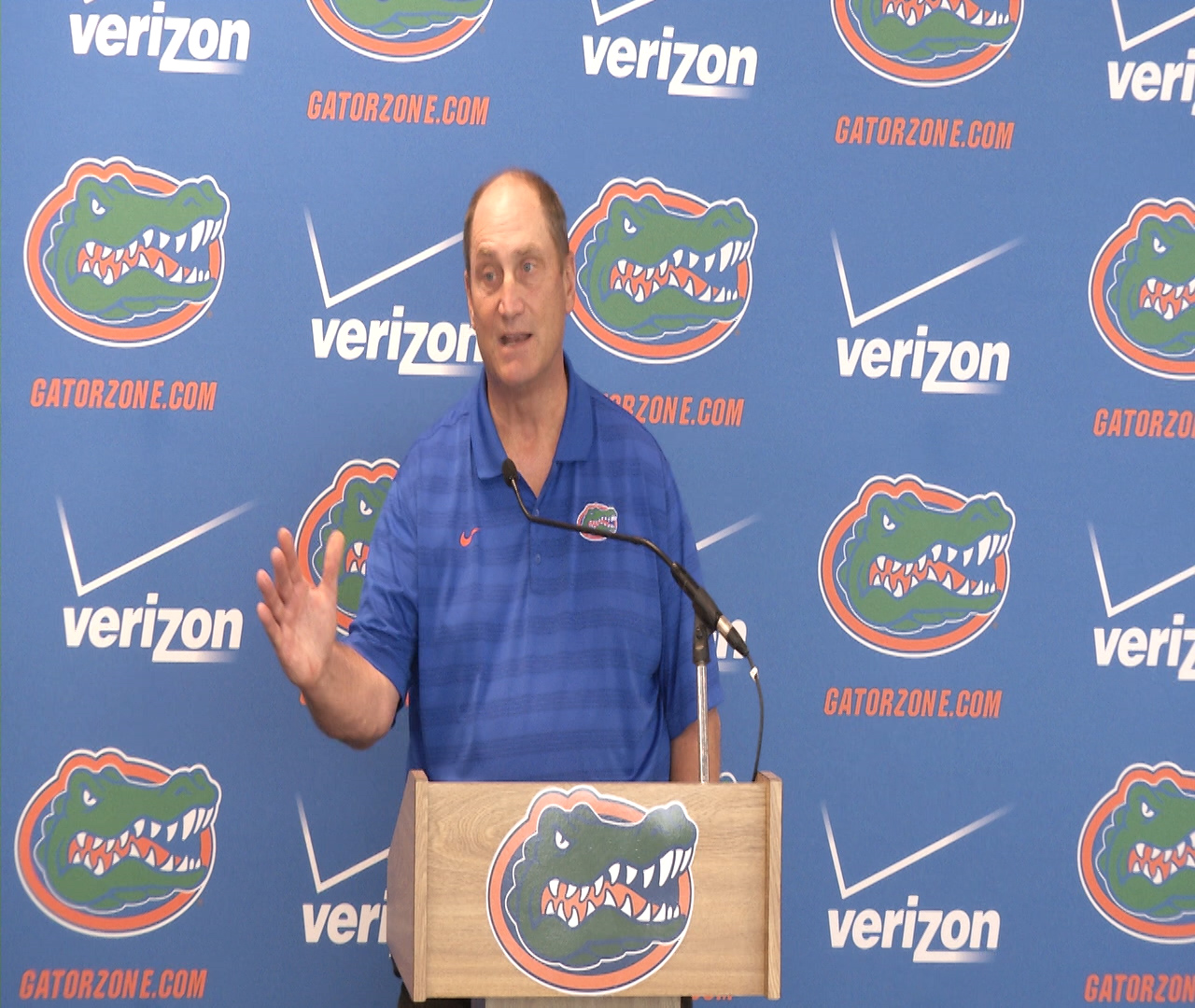 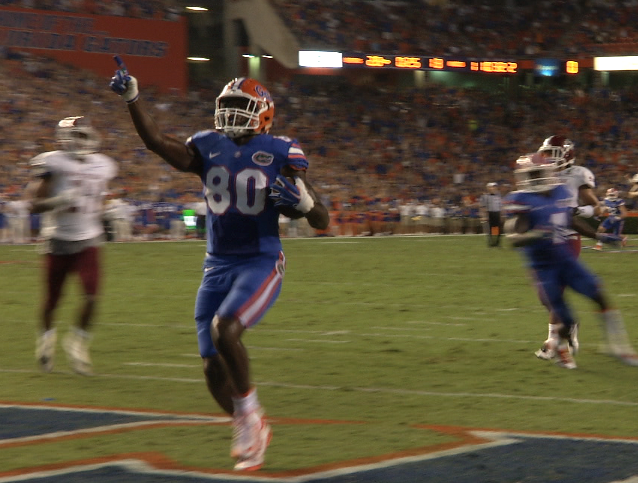 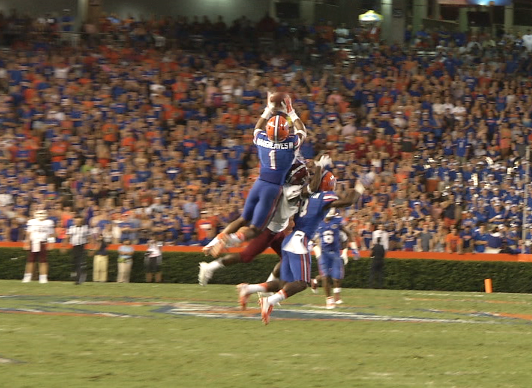 The man behind the tight end resurrection is tight ends/special teams coach Greg Nord. Nord has more than 35 years experience in coaching, 14 of those years working directly with tight ends. When he came to Gainesville, however, Nord had his work cut out for him.

“It was a very inexperienced group, and so, they’ve come light years from when I first got here with them as far as learning how to play,” Nord said.

The Big Three at tight end thus far have been senior Jake McGee, sophomore DeAndre Goolsby, and red shirt freshman C’yontai Lewis. McGee is a little bigger than the other two standing at 6-foot 6-inches and 250 pounds, but all three fit the mold of athletic pass catchers more so than in-line blockers. McElwain’s offenses in the past have had a tight end or two that line up and block next to an offensive tackle. While the Gators tight ends will do that at times this season, Nord mentions that the offense has been tailored to fit their skills sets.

“You modify your offense to do what your players do best no matter what position,” Nord explained. “Whether it be quarterback, receiver, tight end, or o-line, so, that’s part of the growing process that we’re all in right now.”

Nord has also been tasked with continuing the success of Florida’s special teams unit. The Gators were known during the Urban Meyer years for having excellent to elite special teams units, but that moniker has started to fade. Junior placekicker Austin Hardin has a career field goal percentage of 52% (14-27) and is coming off a one-for-three performance against East Carolina. Despite the low percentage, and two missed field goals, Nord has complete confidence in Hardin.

“He’s just got to do what he’s done all camp and ever since I’ve been around him which has been a good, reliable kicker,” Nord stated. “Obviously he had a tough night the other night, and would have made things a lot easier for us.”

Nord also gave praise to Vernon Hargreaves III, on his ability to return punts. While Hargreaves is dealing with a leg injury now, Nord hopes to get him back soon because he believes he’s a difference maker.

“I told him(Hargreaves) in camp, I said, I’ve been around two other returners like you,” Nord said. “I said, one of them is Deion Branch who went on and became the MVP in the Super Bowl, and the other one is Randall Cobb who’s making headlines still in the NFL.”

Needless to say, Nord has made his presence felt thus far while on the Gators coaching staff. He’ll return to his alma mater this weekend as the Gators travel to Lexington, Kentucky to take on the Wildcats.

22 years old from Pensacola, FL. Telecommunications major at the University of Florida with a focus on Sports News, also pursuing a minor in Communication Studies.
@yancey_dewayne
Previous McElwain, Gators Turn Attention to Kentucky
Next Florida Volleyball Welcomes in St. Johns for Home Opener