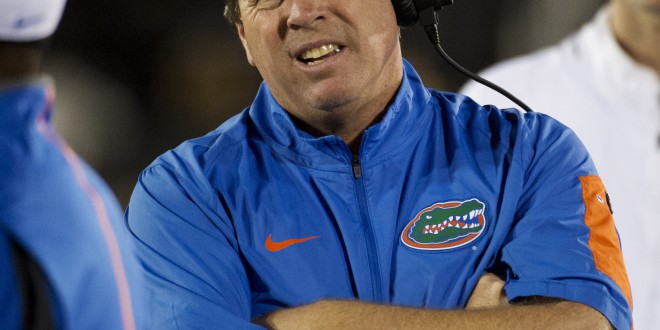 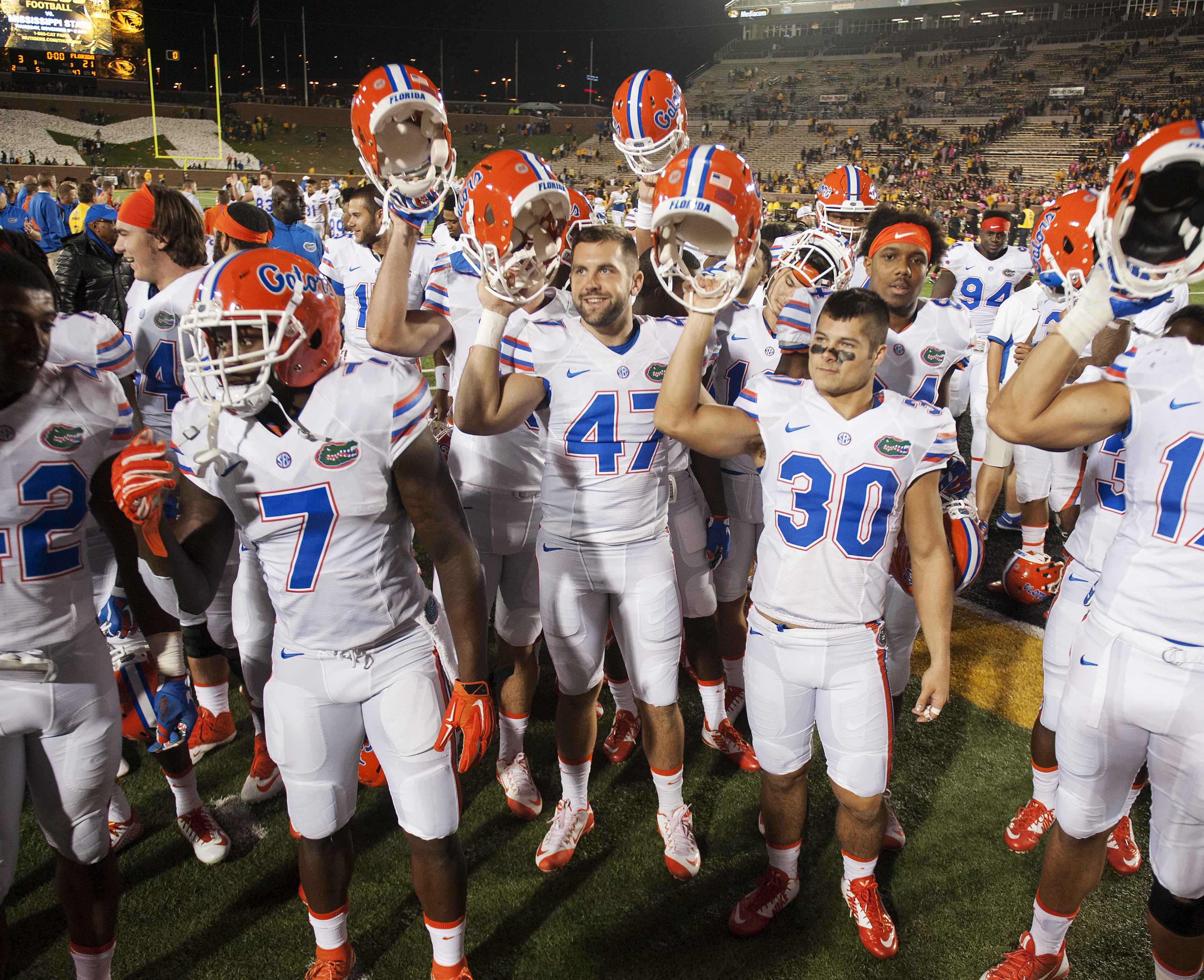 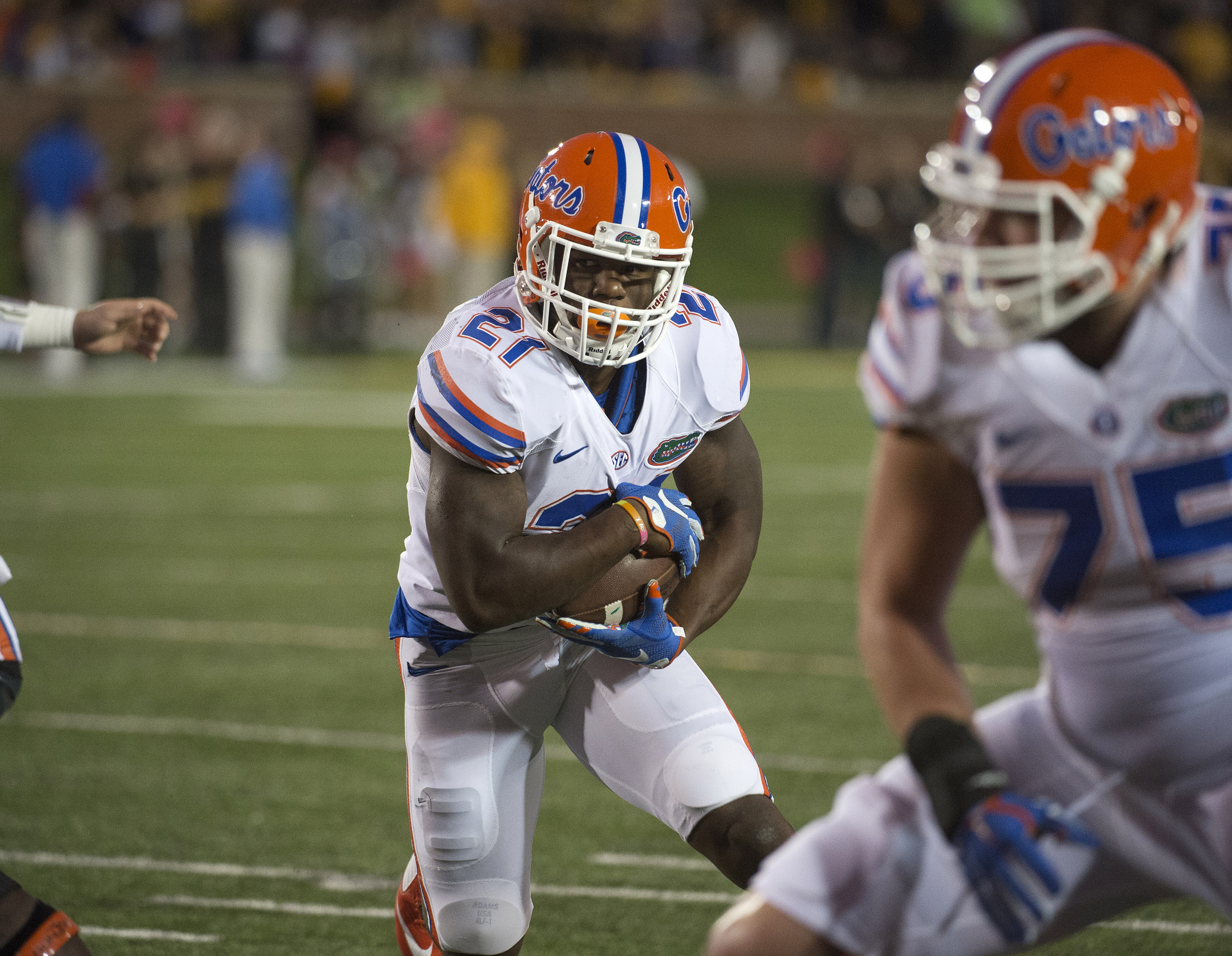 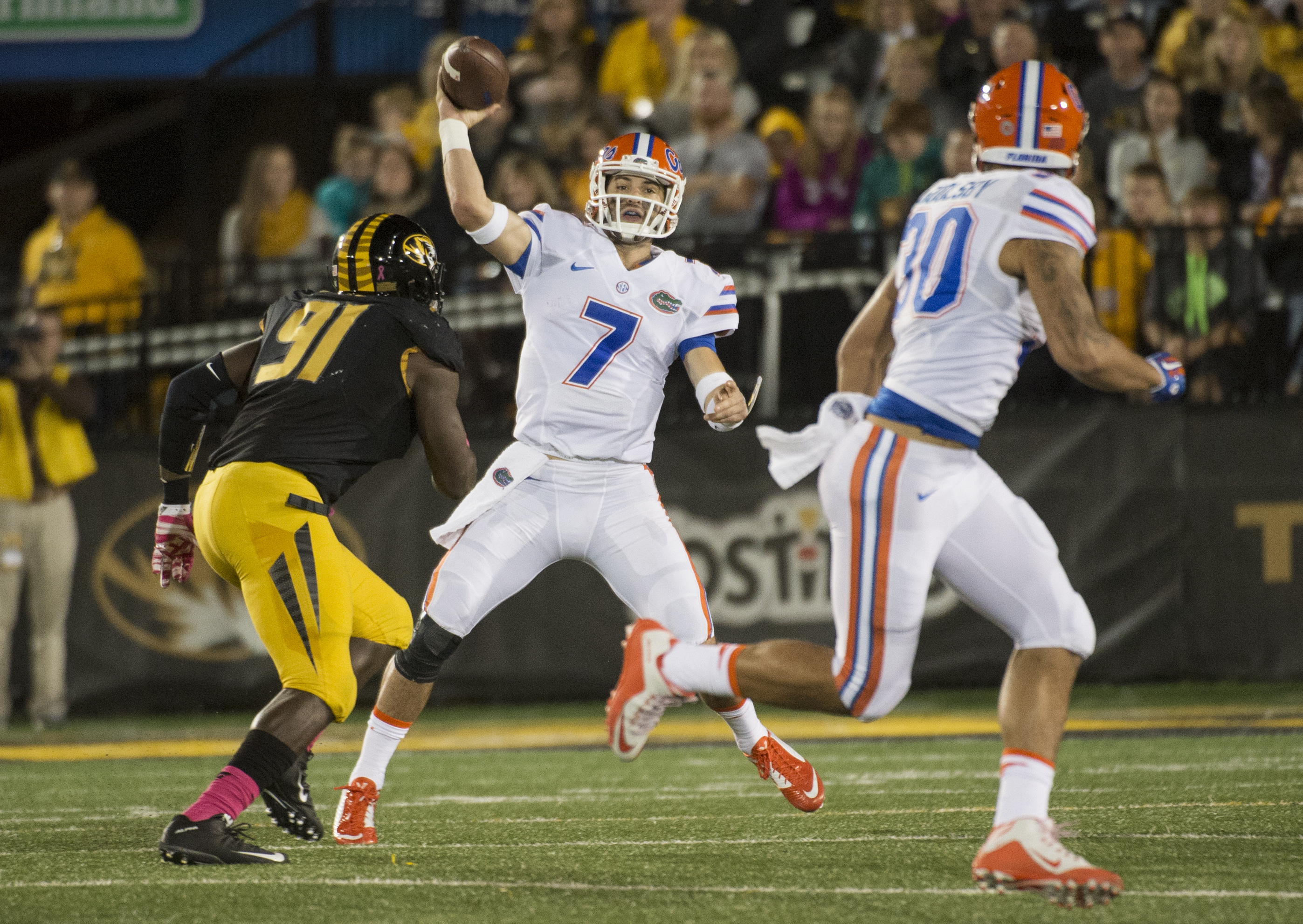 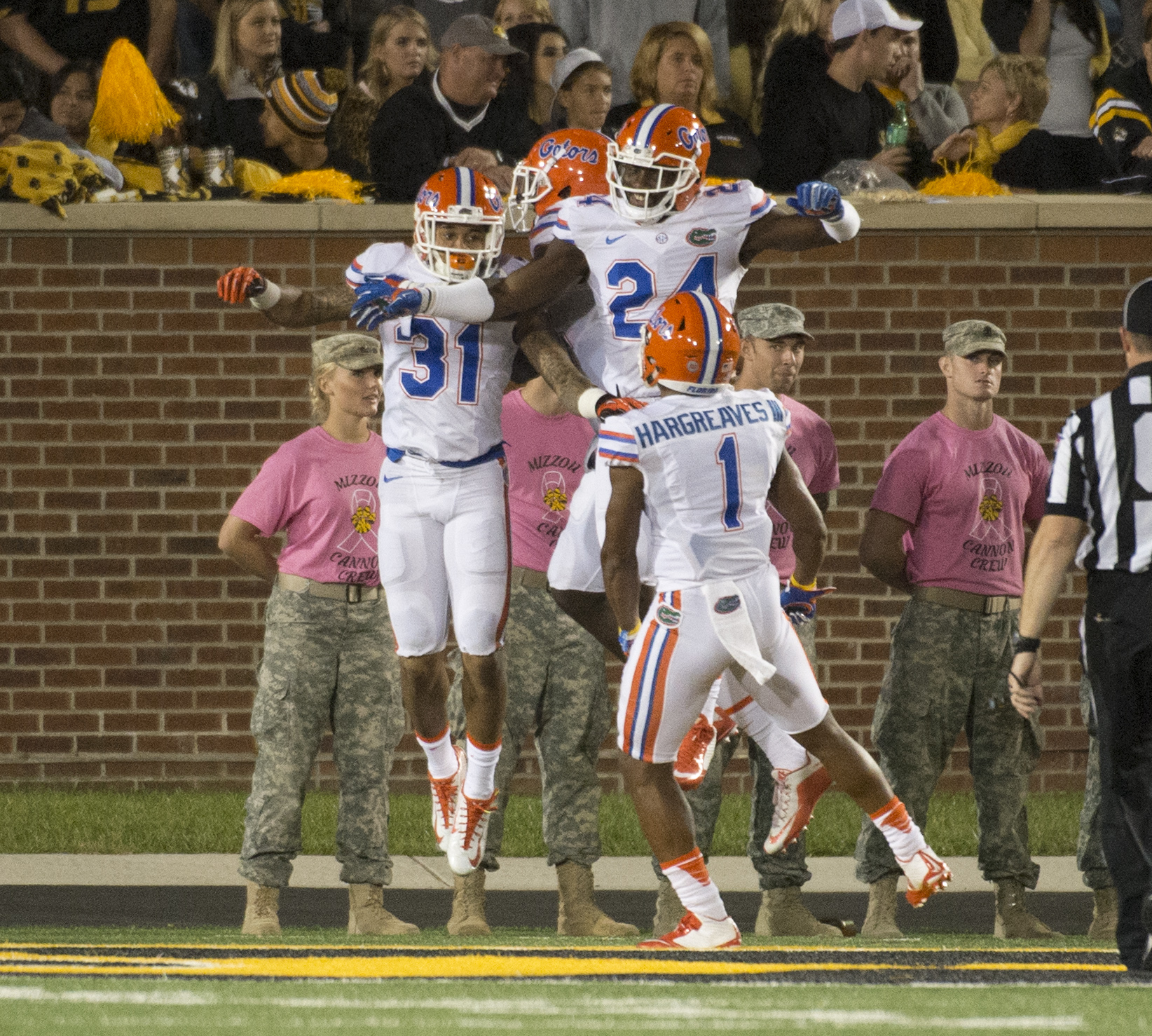 It wasn’t always pretty at Faurot Field in Columbia, Missouri on Saturday night, but the Florida football team was able to go on the road and pick up a 21-3 victory over the Missouri Tigers. All week long Florida fans talked about the embarrassing 42-13 loss on Homecoming last year to this same Missouri team. The Gators were able to exact revenge and return the favor to the Tigers in a defensive struggle. Florida head coach Jim McElwain downplayed the revenge factor, but senior offensive lineman Trip Thurman said it was squarely in the player’s minds.

“The team we played are SEC East Champions the past two years in a row,” Thurman noted. “They whooped our butts last year for Homecoming in the Swamp, so we had to come out and give it to them this time.”

Missouri’s freshman quarterback Drew Lock received his second career start after a two touchdown performance against South Carolina last week. It wasn’t that easy for Lock this week against a tough Gator defense. The freshman finished 16-of-39 for 151 yards and two interceptions, including Jalen Tabor’s pick-six in the third quarter. Missouri’s three points came on their opening drive that went for 62 yards. After that, they only gained 163 yards the rest of the way. Florida’s defense was ferocious on third down, not allowing a third-down conversion to the Tigers until late in the fourth quarter (1-14).

The Gators offense had their struggles as well against one of the best defensive units in the SEC. Early on, though, it looked like the unit was going to pick up where it left off versus Ole Miss. Florida won the opening coin toss and elected to receive. The Gators promptly marched 75-yards down the field to take a 7-0 lead on a Kelvin Taylor touchdown run. Taylor also added another touchdown at the end of the first quarter to increase the Florida lead to 14-3. Taylor finished the game with 28 carries for 99 yards and those two touchdowns. The Gators picked up 157 yards in that first quarter; the other three quarters combined, 180 yards total.

Red shirt freshman quarterback Will Grier was under heavy pressure throughout the game and never got in a rhythm. He finished 20-of-33 for 208 yards. Junior wide receiver Demarcus Robinson was the leading receiver on the evening for Florida finishing with six receptions totaling 79 yards. Florida did pick up 23 first downs in the game, but they had five drives stall in Missouri territory. While it certainly wasn’t a perfect game, McElwain was happy to get a big road victory.

“When you win, people are going to pick this apart and think how bad we are,” McElwain stated. “But, you know what, I’d rather be bad and get a win than bad and lose.”

Florida now holds a perfect 6-0 record (3-0 in the SEC) heading in to a presumably, top 10 match up at LSU next Saturday night in Baton Rouge, Louisiana. The only other SEC East team with less than two conference losses is Kentucky but Florida holds the head-to-head tiebreaker over the Wildcats thanks to their 14-9 victory in Lexington last month.

The LSU Tigers will be coming off a 45-24 victory over the South Carolina Gamecocks. The Gators and Tigers are scheduled to kickoff at 7:00 in Death Valley.

Thurman on Team’s Mindset Coming In

McElwain on the Win

22 years old from Pensacola, FL. Telecommunications major at the University of Florida with a focus on Sports News, also pursuing a minor in Communication Studies.
@yancey_dewayne
Previous Gator Soccer Defeats Vols and Take on LSU Next
Next Volleyball Preview: Florida Hosts Auburn