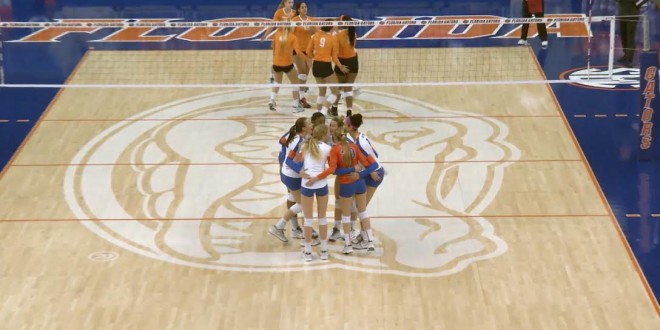 The Florida volleyball team is on the road to take on LSU this Friday. The Gators are coming off their 15th sweep of the season defeating Tennessee in the O’Dome this past Sunday. The matchup between LSU will be one of the three games remaining for the Gators’ regular season.

With the post season near, Florida holds a pretty good record currently standing at 20-5 overall and 12-4 in the SEC. Florida head coach Mary Wise says LSU has had their fair share of injuries but they are still a tough team.

“Our last road weekend we’re playing LSU… a very well coached team. We know when you play LSU how hard they’re going to play and they’ll compete in every single set.”

LSU currently leads the SEC in digs per set. Wise says the team has to be ready for that.

“The key is to stay patient offensively and know it’s going to be a long rally. The balls will keep coming back and LSU… they’ve had to rely on their defense and they do that very well.

Friday’s game will be the first time the two teams will meet each other for the entire regular season. First serve in Baton Rouge is set for 6:00 PM.