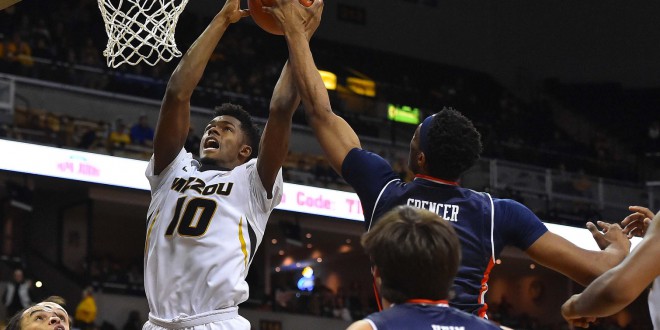 Missouri defeated Auburn 76-61 on Saturday where their defense was really the key to success. Auburn ranks fourth in the SEC in three-point shooting, but the Tigers held them to just 30.4 percent. Missouri’s freshman guard Kevin Puryear also got his first career double-double with 14 points and 11 rebounds.

Arkansas beat Mississippi State on Saturday 82-68. Dusty Hannahs and Anthlon Bell put up an combined 51 of the Razorbacks 82 total points. Missouri head coach Kim Anderson says Arkansas’s shooting is something to look out for.

The Razorbacks lead the SEC in scoring and three-point shooting.

Arkansas head coach Mike Anderson has a history at Missouri, when he coached the Tigers from 2006-2011. He says his team will have to work hard to get around Missouri’s defense.

Tonight’s game will air on the SEC Network at 9:00 PM.