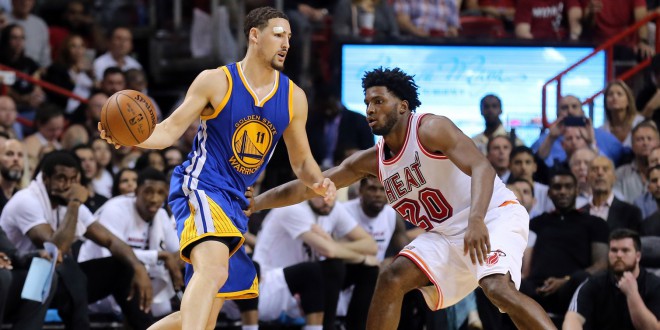 The Heat led by nine at the end of the first quarter, outscoring the Warriors, 30 to 21. Miami held a one point lead with 42 seconds left on the clock in the fourth quarter, but Warriors point guard Stephen Curry hit a three pointer with 39 seconds left to take the lead, and Golden State never looked back from there. The victory improves Golden State’s overall record to 51-5.

Warriors shooting guard Klay Thompson said he stuck with it even when his shots were failing. Thompson finished the game with 33 points and three rebounds for Golden State.

Curry had another strong performance for Golden State, scoring 42 points and seven rebounds. Last night he tied the NBA record for  three pointers in consecutive games, a record he now shares with Kyle Korver of the Atlanta Hawks. Curry now has made a three pointer in 127 consecutive regular season games.

ICYMI: Tonight @StephenCurry30 tied an NBA record with his 127th straight game with a made 3-pointer. pic.twitter.com/5zs5gQ8PTe

For the Heat, Dwyane Wade led the team with 32 points, which was a season high for him.

The loss drops Miami’s record to 32-25. The Heat will be back in action on Saturday versus the Boston Celtics.

Junior telecommunication student at the University of Florida. Passionate about all things related to sports.
@@EllenBazley
Previous SEC Hoops Preview: Georgia at Auburn
Next Gator Baseball Wins with Unusual Walk-Off 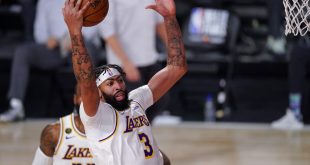 The NBA Western Conference play-in tournament is set to begin. The Memphis Grizzlies travel to …