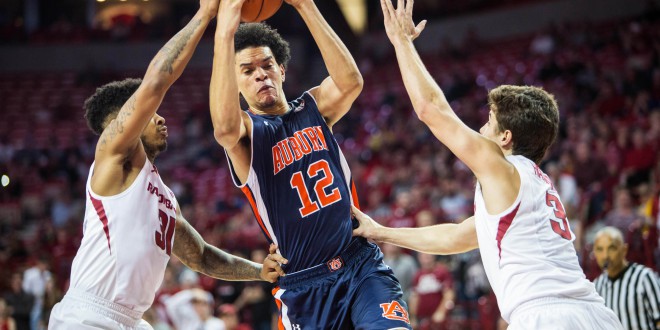 Georgia travels to Auburn tonight in search of a victory.

Auburn Arena may bring some luck for the Tigers.  Auburn has one nine of the last 11 matchups between Georgia at home.  Georgia head coach Mark Fox says Auburn’s home advantage may be a factor in tonight’s SEC battle, because the long SEC season can take its toll on the players.

Auburn (10-16, 4-10 SEC) is in need of a win during a rivalry series.  First, they lost to Ole Miss on Saturday and have tough games against Georgia tonight and Alabama Sunday. The Tigers have to find a way to win without leading scorer, Tyler Harris. Harris suffered a concussion against Ole Miss on Saturday.  Head coach Bruce Pearl said the team is following concussion protocol, but is unaware of whether or not Harris will be cleared to play Saturday at Alabama.