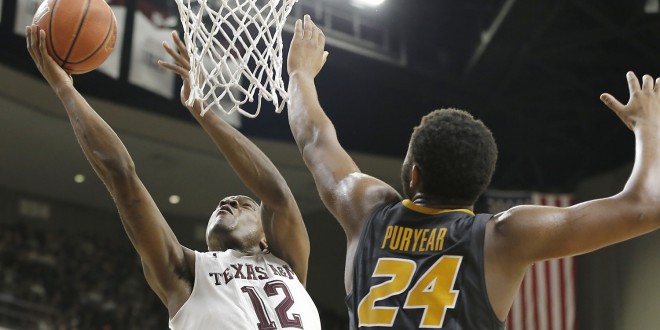 In the home stretch of the SEC schedule, Missouri will host No.21 Texas A&M on Saturday at 4 p.m. inside Mizzou Arena.

The Tigers are coming off a loss against Ole Miss on Tuesday, expanding their record to 10-18 and 3-12 in conference play. The Tigers will not be making the conference tournament this year, as they are ranked last in the SEC. Missouri is also enduring their one year postseason ban due to NCAA violations that occurred in the 2013-2014 season.

On the other hand, Texas A&M is looking for another victory as they are coming off their third straight win. The Aggies took down No.16 Kentucky in OT on Feb.20, and then beat Mississippi State on Wednesday. The Aggies are 10-5 in conference play but have an away record of 1-8. They will look to stay within striking distance of first place in the SEC standings.

No. 21 @AggieMensHoops stays in the SEC title race with 68-66 win over Mississippi State. pic.twitter.com/iImAvGqvqH

The last time A&M and Mizzou met was on Jan. 23, in College Station. The Aggies took down the Tigers 66-53.

Texas A&M will be playing to end their season on a high note, as they officially joined Kentucky as the only tournament locks in the SEC thus far.

The game will be televised live on ESPNU at 4 p.m.