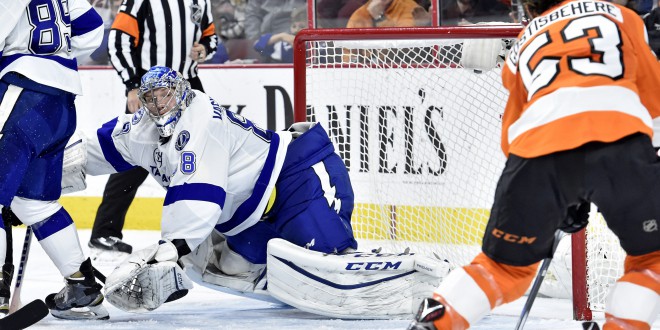 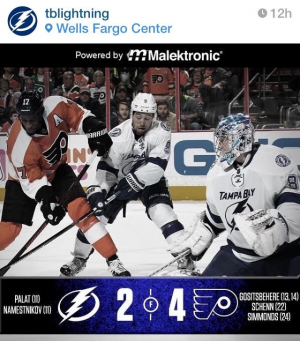 Lightning Head Coach Jon Cooper says that this loss is a learning experience for the entire team.

The first goal was scored within five minutes of the first quarter, by Lightning ‘triplet’ Ondrej Palat. The Flyers were able to tie the game up 1-1 before the half.

The Lightning have won 39 and tied four of their total 66 games this year. Tonight they will host the Boston Bruins, who are coming off of a 5-4 overtime win against the Florida Panthers Monday night. The Bruins are just shy of Tampa Bay’s record, standing at 37-23-7 and ranked second in Atlantic Division.

Stamkos and the Lightning are hoping to reach 40 wins tonight as they take on Boston. The puck is set to drop at 7:30 p.m. in Amalie Arena.