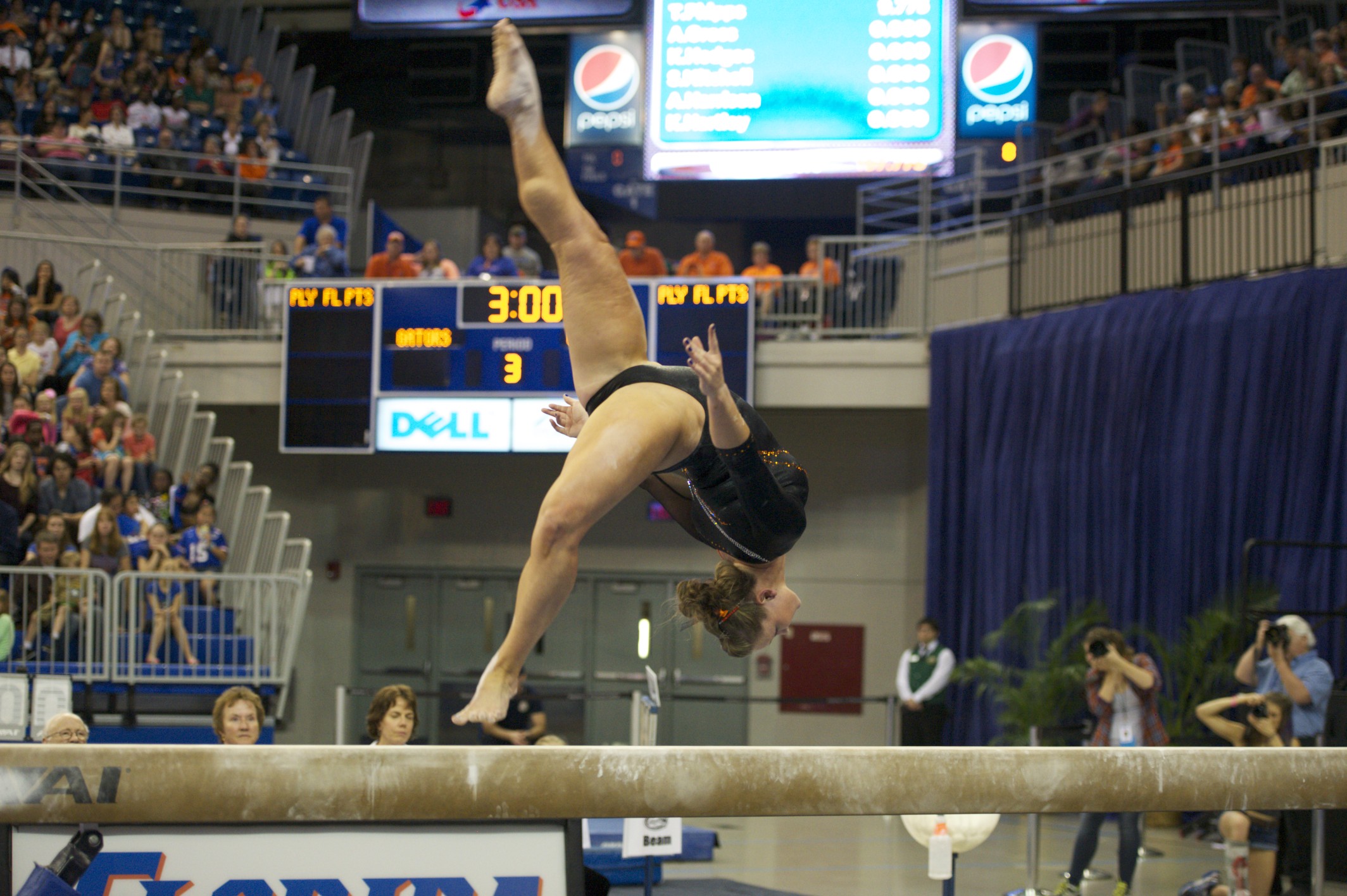 No.2 Florida Gymnastics hosts its final home meet against UNC Friday at 6:45 p.m. It’s Senior Night, meaning teammates and fans alike wave farewell to some of the most successful gymnasts Florida has ever seen.

Seniors Bridgette Caquatto, Bianca Dancose-Giambattisto, Morgan Frazier and Bridget Sloan aim to give the Gators (7-2, 5-2 SEC) their 20th win against the Tar Heels (5-11, 2-3 EAGL) in 21 meetings. The seniors aren’t the only ones waving goodbye. Tonight’s meet is the final athletic event inside the Stephen C. O’ Connell Center, which is set to undergo extensive internal renovation, until December. Head coach Jenny Rowland said the gravity of the moment, with senior night and the O’Dome farewell, fires her team up.

Florida and UNC last crossed paths in 2012 when the Gators won the NCAA Raleigh Regional (197.325) and North Carolina finished fifth (194.025). The Tar Heels will rely on Morgan Lane who leads her squad with an all-around score of 39.30. While UNC isn’t up to par with Florida’s usual tough SEC opponents like Kentucky and Alabama, Rowland said the quality of opponent doesn’t have any bearing on team performance. One of the seniors, Frazier, will not compete because of an ankle injury.

It’s not wrong to assume Florida can be complacent with a below-average opponent, either. The Gators created a dynasty with the current group, winning back-to-back-to-back NCAA championships. The success underscores how crucial the seniors have been to the team.

Bridget Sloan, who’s been competing in gymnastics for 20 years, owns an exhaustive list of accolades both at UF and outside of the school. A week ago against Kentucky she scored a perfect 10.0 on the balance beam, giving her a school record seven 10.0 marks. She took home SEC Gymnast of the Week honors, her fifth of the season. Fellow senior Bridgette Caquatto will be the last one to soak in the love from Gainesville fans. She leads off meets in vault and is usually the final one for the floor routine. Against Kentucky she posted a 9.8 and 9.9 in each event respectively.

Rowland applauds her seniors’ efforts this season and hopes they take this meet to improve before postseason play. SEC Championships begin March 19, followed by NCAA Regionals on April 2 and the NCAA Championships on April 15.