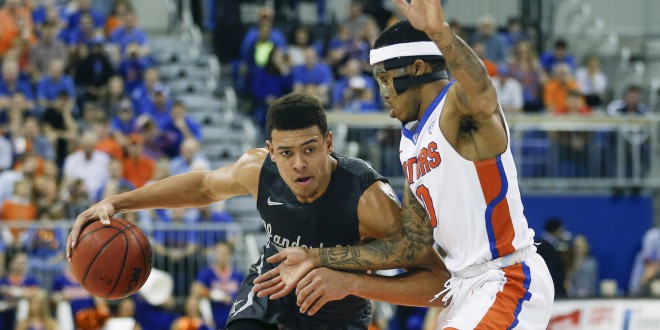 The Commodores and Shockers matchup Tuesday for an NCAA Tournament play-in game. The winner will play Arizona on Thursday.

Wichita State will make its sixth consecutive appearance in the NCAA Tournament. The Shockers are lead in scoring by guard Rob Baker who is averaging 14.2 points per game. Forward Anton Grady is Wichita State’s most efficient shooter, shooting 52.8 percent from the field right now.

The Shockers boast the nation’s best defense, allowing 59.3 points per game. Yet the same cannot be said for their offensive game. WSU rankes 175th in scoring with 73.2 points per game, 102nd with 37.5 boards and is tied at 109 with 14.3 assists per game. Guard Fred VanVleet, who missed a large portion of the beginning of the season, is also a player to watch in this game.

The Commodores and Shockers square off in prime time at 9:10 p.m on Tuesday night.