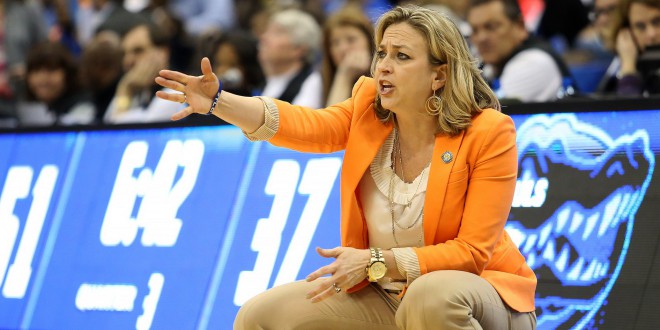 Sophomore Haley Lorenzen made a layup with 7:49 to go in the game to give No. 5 seed Florida a 10 point cushion over No. 12 seed Albany. However, those would be the last points the Gators score until a meaningless basket from January Miller with just four seconds left and UF already down five points. The Great Danes outscored Amanda Butler’s crew 19-7 in the final frame to secure their first ever NCAA tournament victory, 61-58,  doling UF their first ever opening round loss in the process.

“I felt like Albany just wanted it more than we did,” assistant coach Bill Ferrara said. “It’s really unfortunate because our whole mantra this year has been Want More.”

The Gators were down 14-12 after the first period, but used a 24-8 spurt in the second to take a 14 point lead at the half. Albany cut the deficit to single digits after three quarters, and then used stingy defense to force seven turnovers down the stretch that ultimately doomed the orange and blue. Florida finished the game with whopping 25 turnovers, including five from Ronni Williams, four from Cassie Peoples and three by freshman Eleanna Christinaki.

“I feel bad for Eleanna because she has  an unbelievable opportunity to make point blank layup to tie the game,” Ferrara said. “She just couldn’t come through for us right there and that’s a freshman in a big environment.”

Christinaki did lead Florida in scoring with 11 points, but it was Albany’s Imani Tate who lit up the score sheet (28 points) and willed the Great Danes to a comeback. The collapse by the Gators puts a significant dent in what was otherwise a successful season in which they finished 22-9, 10-6 in SEC play and notched four top-12 victories.

“This is a wound that will stay open for a little bit,” Ferrara said. “But as a coaching staff, we know what we have to do to become one of the elite programs in the country.”