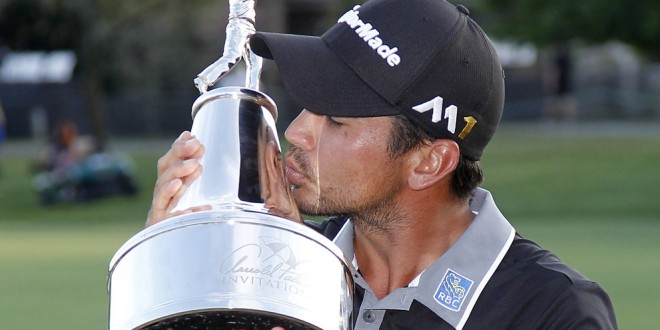 The 2016 edition of the Arnold Palmer Invitational at Bay Hill concluded play on Sunday with Jason Day emerging as the winner by one stroke. It was the eighth PGA Tour title and the first Arnold Palmer Invitational win for the 28-year old Australian, who was one shot back with two holes to play before ripping a 5-iron from 222 yards and then pouring in a 12 foot birdie putt at the par-3 17th.

Runner-up Kevin Chappell (-16) missed out on a potential tournament win when he was unable to make par from the rough right of the fairway on 18, which Day was able to do . The remainder of the leader-board was rounded out by Troy Meritt (-14), Henrik Stenson (-14) and Zack Johnson (-12).

Celebratory drink with The King after a special win. @APinv pic.twitter.com/GH1U5r2I2y

For Day, the victory signified the culmination of a long climb back atop the PGA rankings. The former No. 1 ranked golfer in the world now looks to be poised to make a run at Jordan Spieth’s top ranking after passing Rory Mcilroy for the number two spot.

Day went wire to wire holding the lead throughout, making him just the fourth player ever to do so at the Arnold Palmer invitational (and the first since Fred Couples in 1992). He was on top of the leaderboard after 18, 36, and 54 holes.

Texting Day throughout the tournament was none other than Tiger Woods, whom Day said afterwards was giving him advice throughout.

Day hopes to carry the momentum from the victory into the upcoming Masters, as he’s had two top-three finishes since 2011 at Augusta.

The 2016 Masters Tournament from Augusta National Golf Club will be held from April 7 to April 10.