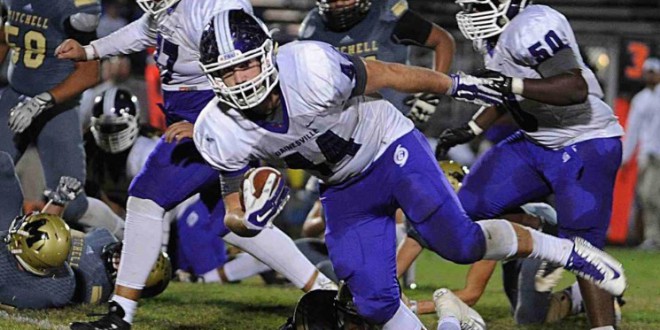 GAINESVILLE, Fla—If you were to ask someone, “Who is Jordan Giberti?” That person would probably 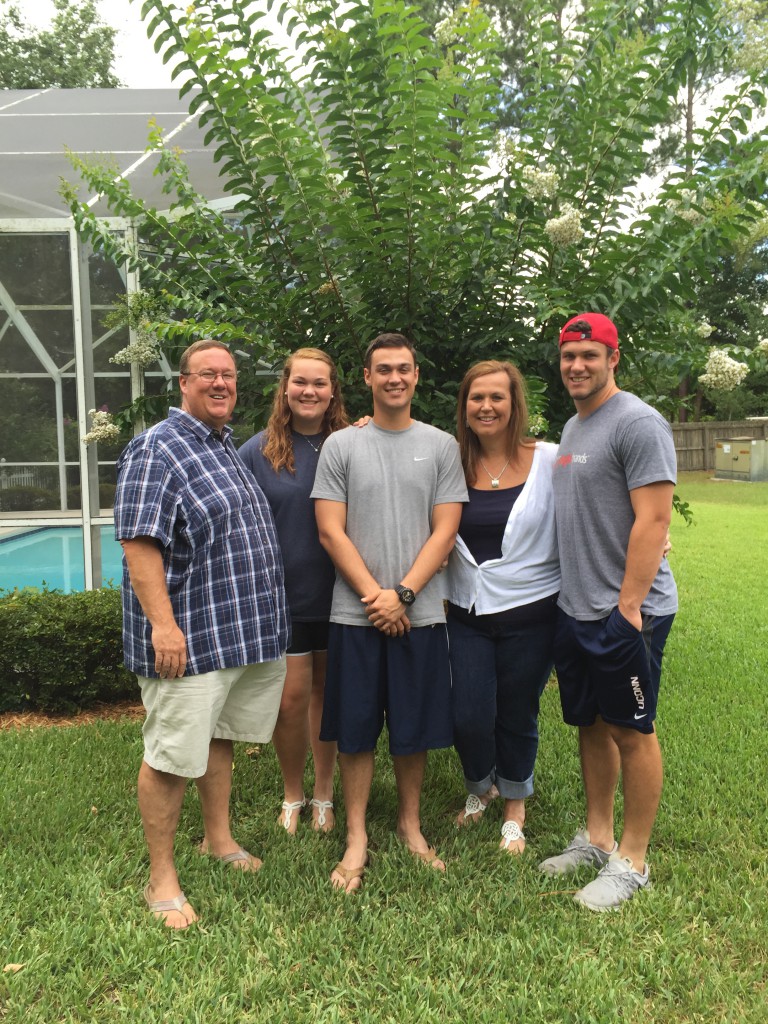 say, the son of Joey and Kimberly Giberti, Austin Giberti’s younger brother, and one of Morgan Giberti’s older brothers. Maybe that person would mention they remember seeing him compete on Westwood Middle School’s football and basketball team. Or that person’s most recent thought could be Jordan decked out in purple and white, sporting the number 44, on Citizen’s Field, for Gainesville High School’s football team.

And for a two-point conversion, they would add… he is a three-time Gainesville Sun All-Area football player and a two-time Florida 6A Second-Team All-State selection.

All of those things “that person” described Jordan to be, are spot on, but here’s the thing… he’s now a senior at GHS and will be leaving the city of Gainesville for college, before you know it. So before he reaches the next chapter in his life, there’s a few more things you need to know about Jordan; things bigger and deeper than the game of football.

What do you do to get background details on a 6-foot-3, 232 pound teenage football player? You switch 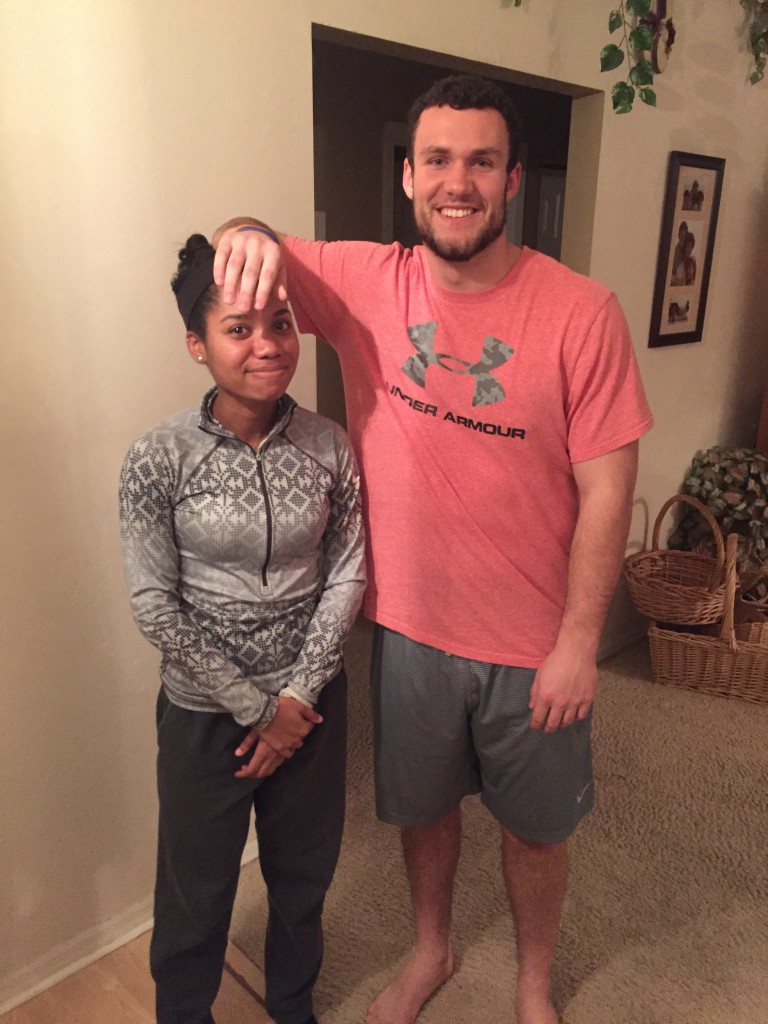 Friday night lights to a Wednesday night. Change the playing field to his living room. Remove the roaring teenage crowd in the stands for his parents and sister on two comfortable couches. And lastly, replace the scoreboard and play-by-play announcer for just one voice recorder on a coffee table.

The first thing Jordan brought up on that Wednesday night was very surprising. However, he handled it like it was a first down situation and it happened to be the easiest play in the playbook. Jordan casually explained that his first love was basketball. His love for basketball exceeds his love for football. If a referee were present, that would have been the perfect time for him or her to throw a flag down because this was supposed to be about Jordan Giberti the football player. But the story doesn’t stop there; he continued to gain more yards and move the chains when he went on to say that he received his first college offer during his sophomore year from the University of Utah… to join their football program. This is point where Jordan and his family knew that his future would be in football. 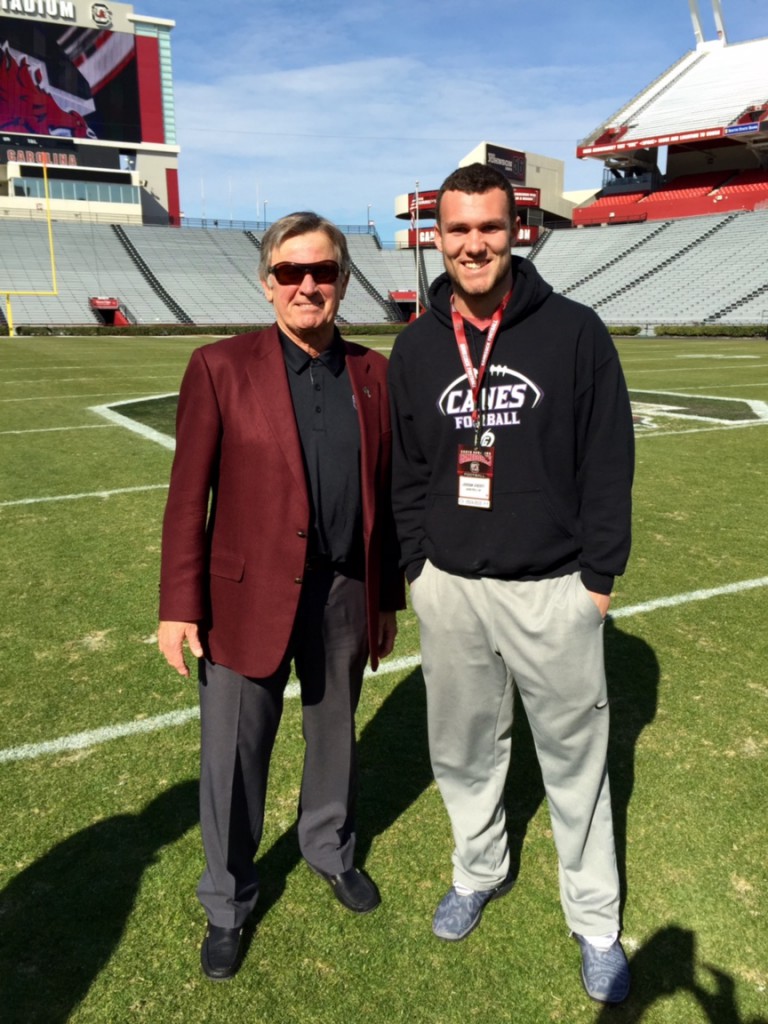 The more Jordan stretched out his arms to catch passes and lined up on the defensive line, the more offers came trickling in. Offers from the University of South Carolina, Georgia Southern University, Ohio, Illinois, South Alabama, Florida International… just to name a few. He received offers from every conference, but here is where the deep coverage comes in to play. As humbling and a honor it was to receive offers from big time schools, Jordan has expressed that he wants his recruiting experience to be used to educate other athletes. He states that the recruiting process and college athletics is like a business.

When it came down to deciding on a school, the big name and a large number of people in the stands on any given Saturday… did not matter to Jordan; his sole desire was to join a program and start contributing to that football program as soon as possible.

Hanging around the Giberti family, you learn that it is difficult for them to fall short of something. And that is not saying that at times they don’t fail when attempting something, it’s saying they don’t fall short because they are a tall family. In the Giberti household, everyone is six-foot or taller.

Height can easily be measured, total yardage can easily be measured, but what can’t be easily measured is the mark you leave behind on a football program, a high school, or even a city. Jordan’s dad, Joey, took this Wednesday night into overtime when he went on to explain one of his proudest moments of his son. It has nothing to do with scoring a touchdown, receiving an offer, or sacking a quarterback. It’s deeper than the game of football.

“The most telling-tale of the character of this young man was when the Buchholz vs. GHS game ended in a very controversial situation… caused a lot of friction on the field and he was the only person to go down to the band and stand there, as they always do, and do the fight song.” — Joey Giberti

For Jordan, Friday night lights are now burned out, but that just means transitioning from the jersey color of purple and white to purple and yellow, competing on Friday nights to Saturday nights, and leaving Gainesville, Florida for Cookeville, Tennessee.

His time at Gainesville High School was just the first half of the game… there is still more ball to be played throughout the second half at his time at Tennessee Tech in the fall. But, then again… it’s more than the game of football… it’s deeper.

A senior at the University of Florida reporting on Gator sports, local Gainesville and surrounding area sports, and telling the stories of local athletes. Born and raised in Gainesville, Florida with a passion for telling people's stories and having fun doing it.
@SportsDarwinism
Previous Florida BaseballCompletes Sweep Over Missouri
Next Jason Day Victorious at Bay Hill