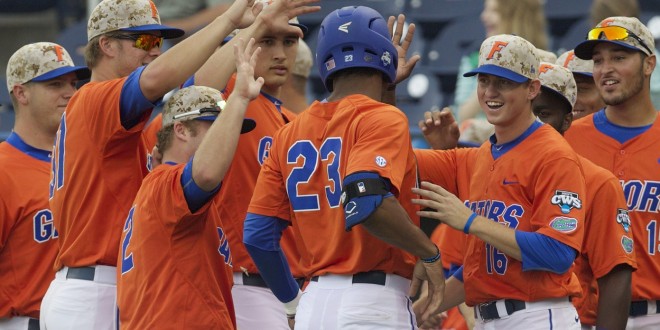 No. 1 Texas A&M Aggies visit the No. 2 Florida Gators in Gainesville this weekend.

Preview: No. 2 Gators Welcome No. 1 Aggies to Town

Florida and Texas A&M have been the top two ranked teams in college baseball for the last month.  The rank order recently switched between the two as the Aggies claimed No. 1 and the Gators fell to No. 2. after Florida dropped a weekend series to the Kentucky Wildcats in Lexington, while the Aggies have won six straight series.

Losing in Kentucky was a good learning experience for the Gators according to head coach Kevin O’Sullivan.  In his eyes, the club has not played consistently well and has room to improve.  Having bounced back well against No. 12 Florida State 3-2, in Jacksonville on Tuesday, Florida looks ahead to an SEC showdown which is never easy.

The series is highly anticipated as it accounts for the 12th time the top-two teams in the land play one another during the regular season. Players are excited for the match-up especially, Gators junior left handed-pitcher, A.J. Puk who played with a couple of Texas A&M players over the summer during training.

Florida’s head coach Kevin O’Sullivan wants his squad to remain focused on the game plan and execute well.  This has resonated well with junior outfielder Buddy Reed who mentions the winner of the series will be the team that executes well.

A wide array of talent will be on display at McKethan stadium this weekend as both squads have a plethora of talent at their disposal.  Furthermore, the Aggies and Gators have been impressive on the mound with ERAs under 3.00 (Aggies 2.63, Gators 2.75). 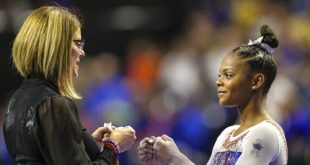 The No. 1 Gators Gymnastics team dominated in their first meet of the season at …