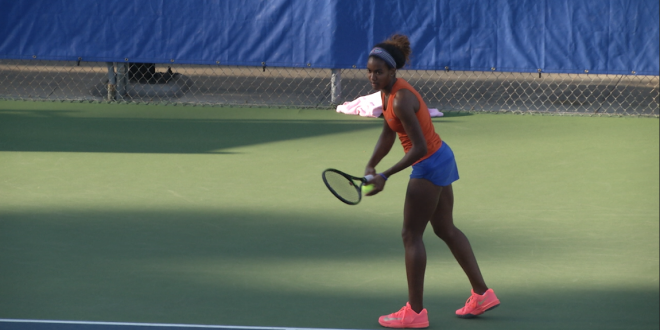 The Florida Gators women’s tennis team continue their road series in Athens, Georgia Friday. Both of the teams are ranked in the top five with Georgia coming in at No. 3 and Florida ranked at No. 4. The Gators are coming off of a sweep over No. 13 Auburn last week and are still undefeated in SEC play.

With a win over Georgia, Florida will earn the 29th regular season SEC title and 11th for head coach Roland Thornqvist. The Gators currently lead the all time series 46-15.

“We only need one of those two matches to at least clinch a title for the SEC trophy. We sort of put all the pressure on Georgia here Friday night.” Thornqvist said.

Thornqvist also knows the crowd will be tough at Georgia so his players are prepared for it.

The last time the Gators faced the Bulldogs was last year in Gainesville and the Bulldogs got the lead early 3-0, but but the Gators stormed back with three wins on. Then, Brianna Morgan came up to clinch the win for the Gators with a three-set win.

After game against the Bulldogs, the Gators have only one more regular season matchup against Tennessee and then they will be off to the SEC tournament.